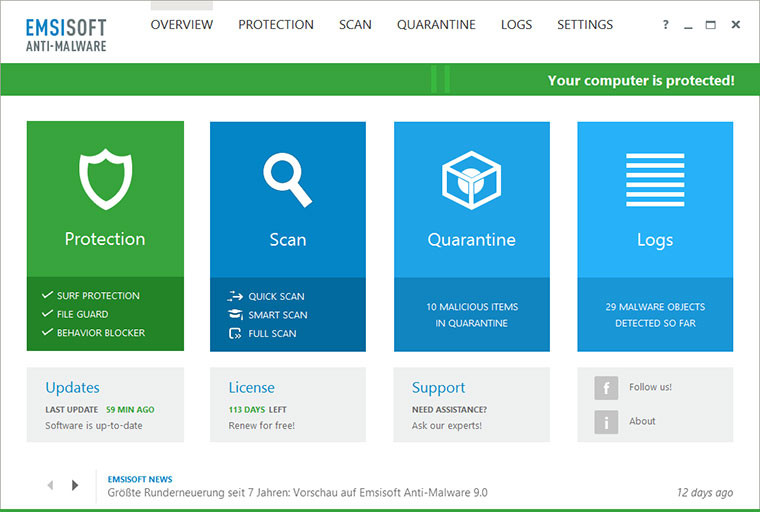 Emsisoft Internet Security is the lean and efficient security suite that will make your digital life a whole lot easier. Emsisoft Internet Security combines Emsisoft Anti-Malware with a new efficient firewall core that is as powerful as the one found in Emsisoft Online Armor's but doesn't cut back on usability. The result is a product that suits anyone who dreams of ultimate protection, especially in third-party networks.

Emsisoft Internet Security is not an overloaded, bulky software like most products on the market today. It is slim and efficient.

This update will require an application restart.