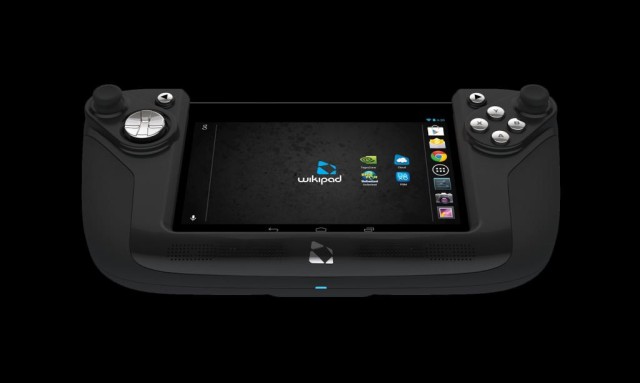 Remember the Wikipad? If you recall, the tablet was announced in 2012 as a 10 inch Android-powered device with an add-on that included game console-like buttons and analog sticks. The plan was to launch the tablet in late October for $499. However, just a few days before the release date, it was announced that the tablet's launch was delayed, with no new release date revealed.

Today, the folks behind the Wikipad revealed that the tablet would still be coming out, but that the plan now is to launch a seven inch version of the product this spring for $249. According to Fraser Townley, the President of Sales at Wikipad, "We wanted to get Wikipad into our community’s hands and what we found was that the smaller 7 inch form factor just seemed right. The smaller frame delivers an aggressive price while keeping the same amazing specs."

Those specs include an NVIDIA Tegra 3 processor, along with 1 GB of RAM, 16 GB of storage and a microSD card slot for additional storage. It also has a 2-megapixel front camera but apparently plans to include an eight megapixel rear camera have been ditched.

As far as the 10 inch version of the Wikipad goes, the company claims that it is "still on our roadmap" but added that the specs are still evolving and that they want to "ensure that it has the latest and greatest specs." On the subject of the original Wikipad delay, the company said they found some kind of "flaw in the pilot production run" but did not specify what kind of issue had been found. The statement added:

This was neither a mistake of our excellent design team nor a fault of our incredible manufacturing partners. We needed the additional time to improve the controller based on those discoveries. During the delay, and after carefully listening to people who voiced their opinions regarding our initial price point, we decided to alter our product roadmap and make the 7 inch tablet at $249.

It will be interesting to see if the Wikipad, with its Android OS and its cheaper price, will gain a significant following compared to Razer's upcoming Edge gaming tablet, with its much higher $999 price but with the ability to play Windows-based PC games.