It seems that a competition has erupted around which company can churn out enough 'mini' versions of older consoles. Most notable of these have been Nintendo bringing to market smaller versions of its older systems named the NES Classic Mini, and the SNES Classic, both of which will return for sale next year. Recently the Ataribox made its debut, and you need to brace yourself since another classic from the 80s will be making its return in 2018. 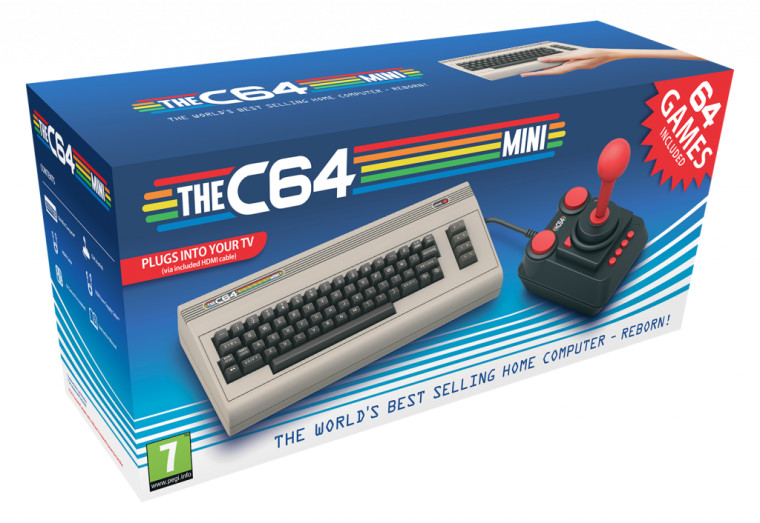 Retro Games has announced the C64 Mini, a miniaturized - and fully licensed - version of one of the 'world's best-selling home computer', the Commodore 64. The system will come with several games pre-loaded, and a standard joystick. But the fun doesn't stop there, with it continuing support for full BASIC commands and allowing users to code their own programs - that is if you can still remember how the language works. Beyond that, it will connect via HDMI, much like you'd expect, but will allow you to add those CRT scan-lines for maximum nostalgia.

The full list of games included in the system will be as follows:

The system will set you back $69.99 and will include the mini console, one joystick, an HDMI cable, and game manuals. The exact date of availability will be announced closer to launch in early 2018.

Source and image: The C64 Mini