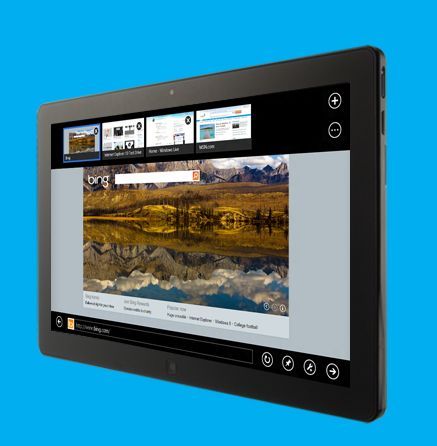 In late May, Microsoft announced it had made a decision to turn on Do Not Track feature by default in Internet Explorer 10; currently only available as part of Windows 8. Almost immediately, a group of ad companies protested the move, claiming Microsoft's decision could "undermine" the balance of self regulation by ad companies.

Today, that same group, the Digital Advertising Alliance, issued a new press release that continues to attack Microsoft's IE10 "Do Not Track" decision. It says:

The trade associations that lead the DAA do not believe that Microsoft’s IE10 browser settings are an appropriate standard for providing consumer choice. Machine-driven do not track does not represent user choice; it represents browser-manufacturer choice. Allowing browser manufacturers to determine the kinds of information users receive could negatively impact the vast consumer benefits and Internet experiences delivered by DAA participants and millions of other Web sites that consumers value.

The group claims that it has also come up with its own self-regulating program that it says "... truly provides consumers with clear transparency, choice, and meaning about how their data will and will not be used." The press release added, "To date, 100 percent of the companies found to be in violation of the DAA program have changed their behaviors when notified of non-compliant behaviors and activities."

Earlier this summer, the company's chief privacy officer Brendon Lynch said that since the Release Preview launch of IE 10 in Windows 8, the company has received feedback from its own consumer research that he claims shows "strong support for our “consumer-privacy-first” approach to DNT."