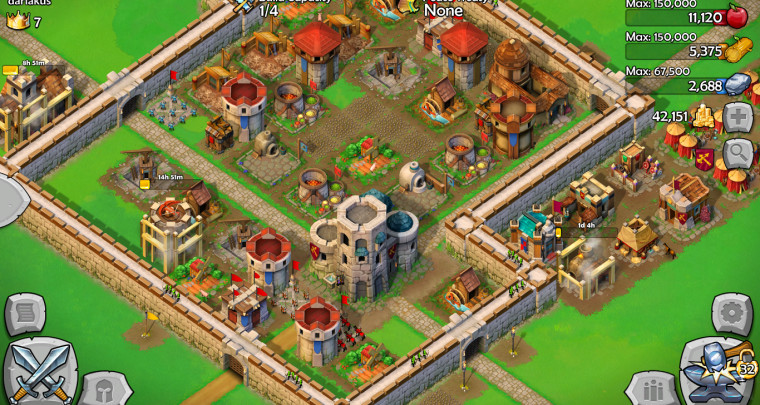 Microsoft is continuing its undying quest to get its apps on every platform with the rollout of "Age of Empires: Castle Siege" to both iPhone and iPad. The game, based off the Age of Empires franchise, is a mobile take on the popular real-time strategy game with many of the things that made the original Age of Empires games so popular.

Players choose from several civilizations to play as including the Britons, Teutons, and Kievan Rus. The game gives the player a castle that they can upgrade and fortify to defend against enemy players. Like previous Age of Empire games, players can use their resources to make units and venture off from their castle to attack other castles to win gold to further upgrade their empire.

"Castle Siege" was released in September for Windows 8 and Windows Phone exclusively and has been a big hit within the ecosystem. If you haven't yet to download the game you can see it in the store for both Windows Phone and Windows 8. For right now there hasn't been an official announcement regarding the iOS version. It appears that it is currently only available in Canada, but it will likely soon be released for more countries.

If you live in Canada, you can download the game for free in the iTunes app store though the link below.