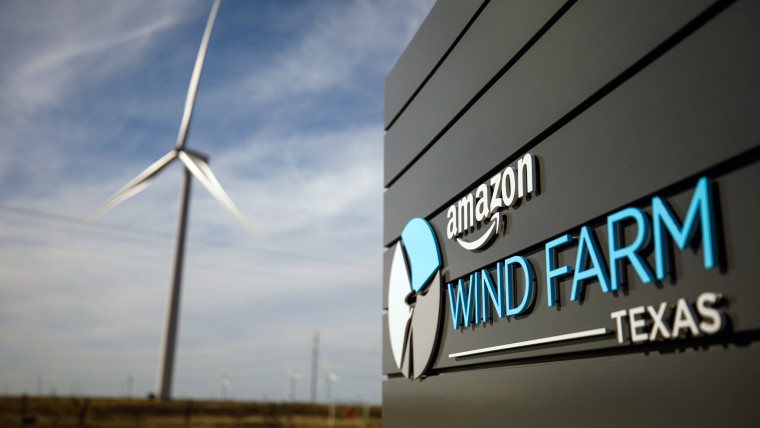 Today saw the introduction of two new projects by Amazon, both being renewable energy plants. The Seattle-based tech giant has announced plans to construct an Amazon Wind Farm in the Republic of Ireland and an Amazon Solar Farm in the U.S. state of Virginia. The project in Cork, Ireland, is not the first plant to be established in the region, it happens to be the second Amazon Wind Farm to be built in Ireland. The U.S. Amazon Solar Farm will be the seventh such plant to be constructed in the Commonwealth of Virginia.

Upon completion, the second Irish Amazon Wind Farm is expected to supply 23.2 megawatts (MW) of renewable capacity and generate 68,000 megawatt-hours (MWh) of eco-friendly energy per year. Meanwhile, the American Amazon Solar Farm is expected to yield 45 megawatts (MW) of renewable capacity and produce 100,000 megawatt-hours (MWh) of green energy every year.

"Playing a significant role in helping to reduce the sources of human-induced climate change is an important commitment for Amazon. Major investments in renewable energy are a critical step to address our carbon footprint globally. We will continue to invest in these projects, and look forward to additional investments this year and beyond.”

Both the new renewable projects are expected to launch clean energy production at some point next year, in 2020. The energy generated by the farms will be used to power Amazon Web Services data centres.

Richard Bruton, Ireland’s Minister for Communications, Climate Action and Environment, commended Amazon's commitment to renewable projects in the country, stating that he is looking forward to "continuing to work with AWS as we strive to make Ireland a leader in the renewable energy space".

Virginia Senator Mark R. Warner had similar feelings about the company's move, commenting that the Amazon Solar Farm in Virginia will not only contribute to the environment but also better the economy by creating jobs in rural areas as it has in the past.