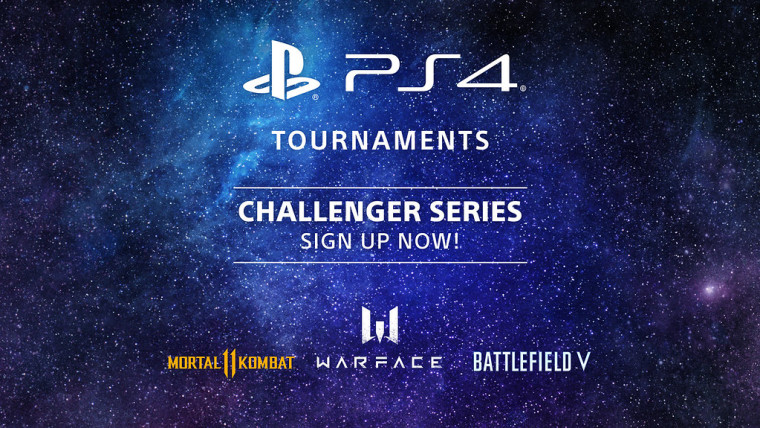 Sony announced today a series of seasonal gaming competitions which will be held online for PlayStation 4 owners, dubbed the PS4 Tournaments: Challenger Series. If victorious, gamers who participate in the competitions will be awarded prizes. Additionally, the prize value will escalate as the players progress further into the competition.

Participants may compete against friends or other members of the PlayStation community. A launch trailer has also been posted on YouTube, giving a taste of what players can expect to experience.

There will be three stages in every tournament season, with Stage 1 being the first. To proceed to Stage 2, players must win three out of four matches of Mortal Kombat 11. In order to advance further to Stage 3, participants will compete at a 'higher skill level' to achieve victory. In the third and final tier, the remaining contenders will battle for the championship title.

The first season launches on August 6, just a few days from now. Mortal Kombat 11 has been chosen as the first title for the starting round of Sony's PS4 Tournaments: Challenger Series, followed by FIFA 20, Battlefield V, and Warface, with other AAA games coming later this year.

Those interested in participating can find more information about the PlayStation 4 tournament on its official website. Alternatively, PS4 owners can visit the designated slot for the PS4 Tournaments: Challenger Series under the tournaments section below the events tab on the PlayStation 4.