Google is set to host its annual I/O event on Tuesday and one of the main product reveals will be Android 12. As is typical with Google events, some of the details Google will reveal have already surfaced online. Google has been redesigning existing UI elements of Android and adding new animations by making small changes year by year but Android 12 is set to be the biggest update since Lollipop.

According to information that has surfaced, the latest Android update will feature a "new experience", improved privacy protections, and it should work with your other devices more seamlessly. Images of the new interface and animations have leaked, but the details regarding the new stronger privacy and security features are scarce. It's also uncertain at this point how devices are going to work together more cohesively.

Even though a lot of changes coming to Android 12 were documented in the various developer previews' release notes﻿, the visual, privacy, security, and connectivity changes bringing Google's device ecosystem together have been kept under wraps so they can be revealed during the upcoming Google I/O event.

With regards to the interface, the update could include a bigger clock on the lock screen, redesigned Wi-Fi and Bluetooth toggles, native theming support, a new keyboard, new app icons, a system app UI overhaul, and widgets that will change their appearance based on the chosen theme.

Other UI customization options that we could see include a revamped Quick Settings menu, updated volume controls, the option to manually group notifications, and the ability to adjust the size of the calculator pad inside the calculator app.

You can check out some of the visual changes in the gallery below. 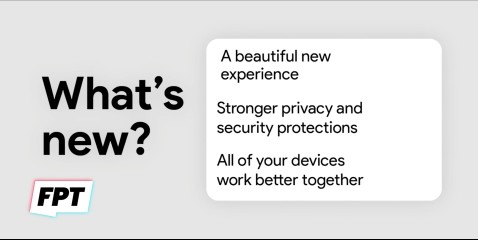