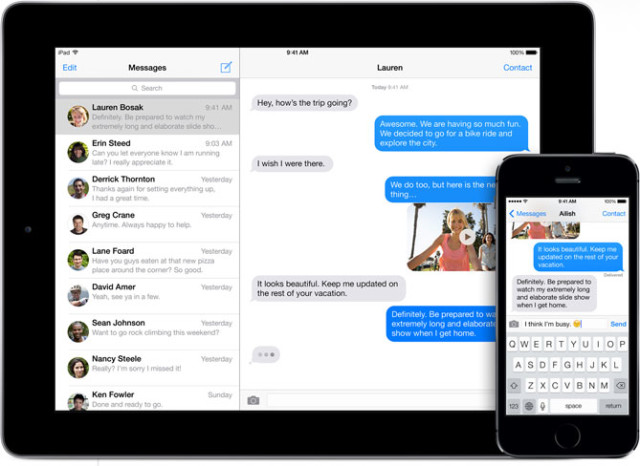 Apple has previously stated that with iMessage's built-in end-to-end encryption, it would be impossible for anyone to hack into the messages including the company itself. Security research company QuarksLab challenged this on Thursday at the Hack in the Box conference, stating, "Apple can read your iMessages if they choose to, or if they are required to do so by a government order." Today, Apple is firing back.

First, for some additional background, QuarksLab detailed how it came to this conclusion a bit further. "The weakness is in the key infrastructure as it is controlled by Apple: They can change a key anytime they want, thus read the content of our iMessages," it explained.

"iMessage is not architected to allow Apple to read messages," an Apple spokeswoman told AllThingsD. "The research discussed theoretical vulnerabilities that would require Apple to re-engineer the iMessage system to exploit it, and Apple has no plans or intentions to do so."

That doesn't exactly state that QuarksLab's claim is false, but it's basically saying it's never going to happen.

It's interesting that Apple chose to defend itself against this particular claim. The company does get bullied or at least challenged often but usually doesn't issue public responses unless it's something serious. The NSA scandal probably has an influence on Apple wanting to maintain a positive image for privacy and security in the public eye. Hopefully, the defense stated above is future-proof.