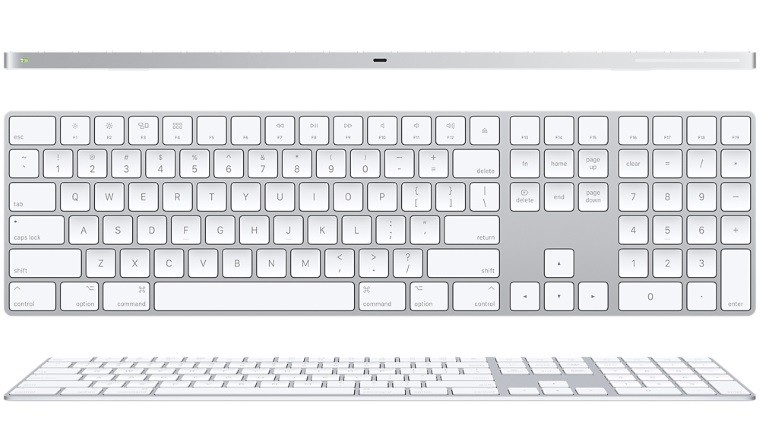 Apple held its keynote for WWDC 2017 yesterday, where it announced new iterations of iOS, macOS, watchOS, an entire lineup of iMacs and MacBooks, a new iMac Pro and a new 10.5-inch iPad Pro. On the back of those announcements, Apple also quietly released a new Magic Keyboard on the Apple Store.

With a slight increase in price from the $99 variant released a year and a half ago - likely due to the inclusion of a numeric keyboard - the latest iteration of the Magic Keyboard is similar to the existing one, with a Lightning port powering an internal rechargeable battery. The accessory is claimed to run for "about a month or more" between charges, according to Apple.

Bundled in the box is a Lightning-to-USB cable, meaning that buyers will still need their own wall adapter if they're not charging through their Mac. The peripheral can also connect to any Bluetooth-equipped Mac using macOS 10.12.4 or later, or any iOS device running at least iOS 10.3.

As far as specs go, those are listed below:

The new Magic Keyboard can be ordered now at a price of $129 and should ship in one business day.