While ASUS will likely reveal a number of new products next week at CES 2014, the company has apparently jumped the gun and posted an online manual for one of its unannounced devices, the 8-inch VivoTab Note 8 with Windows 8.1. 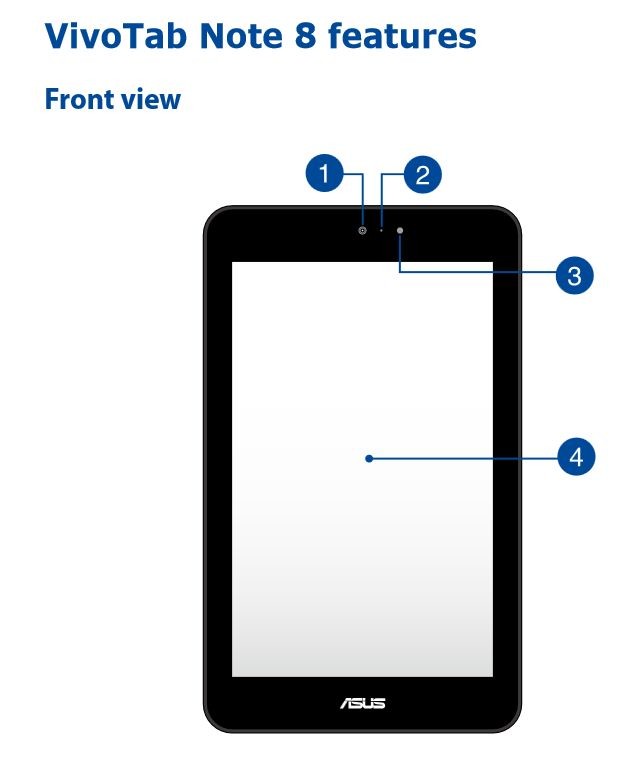 The manual for the new ASUS tablet shows a design similar to Dell's Venue 8 Pro and Lenovo's Miix 2. While the document doesn't offer much information about the VivoTab Note 8's hardware specs, Laptoping notes that the tablet will have an 1280x800 IPS display, Intel's Atom Z3740 quad-core processor, 2GB of RAM and either 32GB or 64GB of storage.

The manual does reveal that the tablet will have both front and rear cameras as well as a microSD card slot but no HDMI port. The document also shows a slot that will fit a stylus, which likely means that one will be included with every model, something that the Dell and Lenovo tablets don't have as a standard feature (although there are ways to buy one as an option).

ASUS will likely reveal more about the VivoTab Note 8 next week, including information on pricing and a release date.