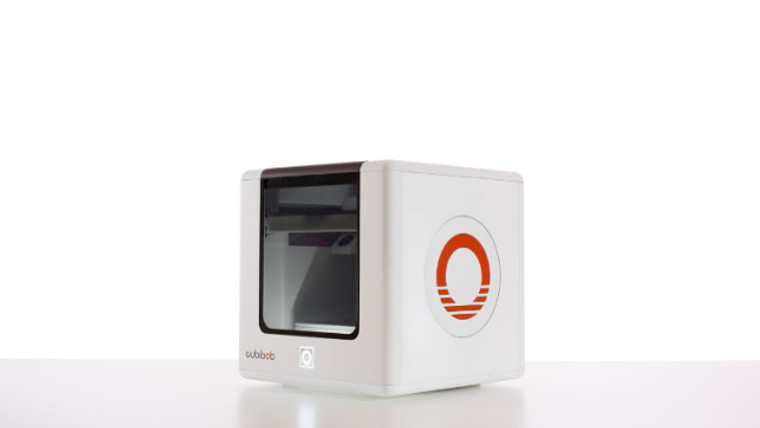 People on the ISS are using 3D printing to make tools in space and Boeing is able to make titanium aircraft parts with 3D printing, but this technology may have just become a lot more affordable and accessible now that Cubibot has smashed its crowdfunding target.

Cubibot has been reported as the world's smallest 3D printer and the father and son team behind it has priced it at only $150. Their goal was to make a 3D printer that was affordable, simple to use, small enough, but still able to make complex things and not be a gimmick. With Cubibot they appear to have achieved this goal.

The product is compact, being smaller than a microwave, has a built-in airflow system to ensure safety, is able to print with toy-grade plastic as well as more robust plastics, and even bendable material. The printer also will come with access to a cloud database of pre-designed objects so that people new to 3D printing can start printing straight away; things like spanners, toys, and even the frame for your own miniature drone. But the Cubibot is also designed for those with experience in 3D printing to have a platform that they can design with and create new things too.

The printer is Wi-Fi connectable, users can plug in and get going immediately, and it can be controlled by an app on Android or iOS as well as through Linux, Windows, and macOS.

The Cubibot is scheduled to start shipping in February 2018, and considering that the crowdfunding target for Cubibot was $150,000 and this was reached in around half an hour, it can be expected that this will be a popular product in high demand.