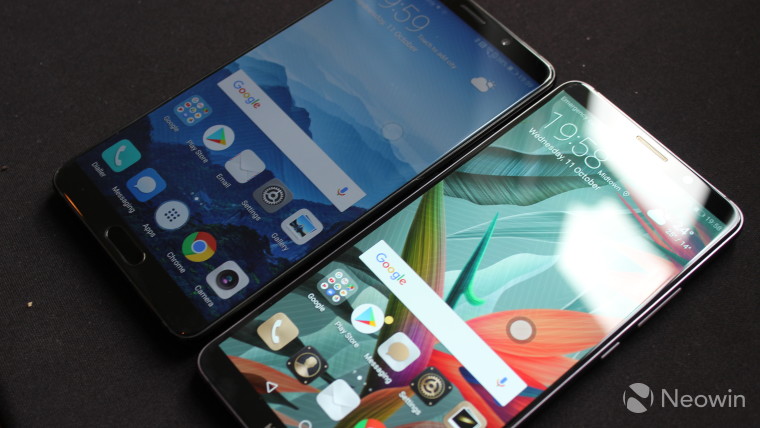 Huawei's attempt to bring one of its premier smartphones to the United States via AT&T has apparently been derailed, with AT&T reportedly walking away from the deal.

Citing sources close to the matter, The Wall Street Journal reports that the Chinese smartphone maker supposedly had a deal in place that it was going to announce at CES 2018 tomorrow, the same day that CEO Richard Yu is scheduled to give a keynote. There is no word on why AT&T may have walked away from the deal, as neither the wireless carrier nor Huawei are talking.

Huawei is the third largest smartphone maker in the world behind Samsung and Apple, but has yet to gain a foothold in the United States. The company has said that it wants to build a greater U.S. presence - its smartphones are already sold here, but without the beneficial push of a wireless provider. Initial reports of the AT&T deal had Huawei's flagship Mate 10 and Mate 10 Pro handsets targeted as being the company's first sold for the AT&T network.

Yu said last year that he hopes Huawei could surpass Apple by 2019 and Samsung by 2022 to become the #1 smartphone company in the world. Huawei moved into the #2 spot in the world back in June, but eventually slipped back to the third spot. North America remains a barren spot for Huawei, as is India and South Asia. Once Huawei is able to broach those areas, the company should be able to surpass Apple, and gain substantial ground on Samsung.