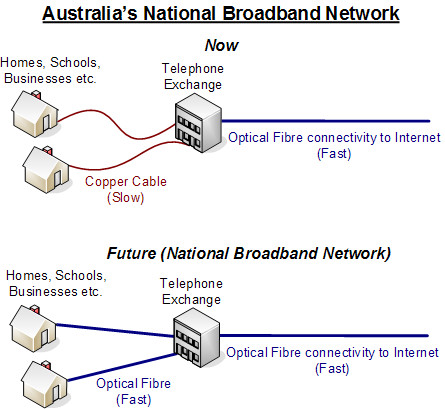 The head of the Singaporean-based ISP says the nation’s benchmark of 50Mbps by 2020 is insufficient compared to rising global standards. Rodrigues says the plan to connect fibre to a node, which relies on slower copper phone lines to connect homes to the network, rather than fibre to the home, will be a detriment to the nation’s long-term economy.

"I don't know what [the government] is doing on the other policy fronts but on this they've completely stuffed it. More and more Australians will leave the country looking for jobs and you'll continue to be a resource based economy – the hope of building IT jobs and a digital economy will kind of be more difficult to achieve.”

The comments come as Rodrigues plans to launch the ISP in Australia, after successfully penetrating the Indonesian and New Zealand market. The company plans to launch services by mid-2016 by offering unlimited 100 Mbps for $80-$90, rivaling local companies Optus and TPG. He further went on to say:

"On FTTN we'll market 100Mbps and when people come over we'll say 'sorry, thank your government [because] you're on a shit network and the most you can get is 20-30Mbps, but we will continue to lobby your government to turn it into a fibre-to-the-home one and as soon as you get there we'll get you a free upgrade to fibre'."

The National Broadband Network (NBN) is a major infrastructure project to upgrade Australia’s existing network. The 10-year-project hopes to give Australian’s access to world-class internet speeds, but its current plan is raising doubts over its abilities to rival other Asian nations.