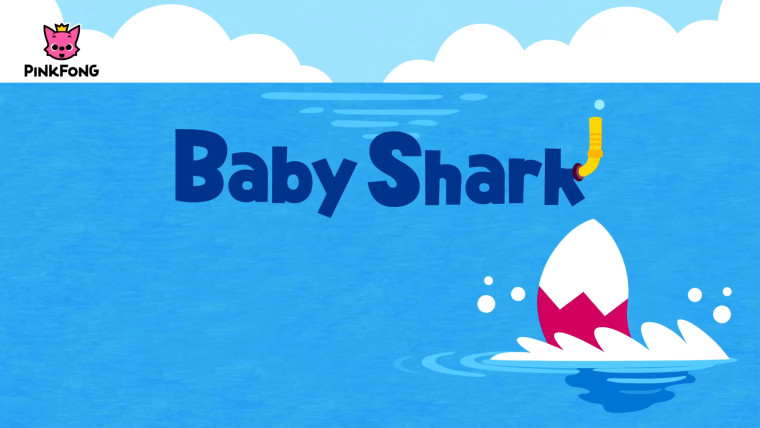 Baby Shark, the addictive children’s rhyme, has become the most-watched video ever on YouTube overtaking the previous record-holder Despacito, a Latin song by singer Luis Fonsi. Its catchy "doo doo doo doo doo doo" hook and fishy dance moves have been a craze world over for some time now, especially in households with kids.

Recorded by a South Korean educational entertainment company, Pinkfong, the song has now been played over 7.04 billion times. Popular as a campfire song in the United States since the 1970s, the song became a viral hit with Pinkfong’s interpretation.

The song was sung by 10-year-old Korean-American singer Hope Segoine and the original video for "Baby Shark" was uploaded on November 26, 2015. The record-breaking video is the second video that Pinkfong had put out on June 18, 2016, titled “Baby Shark Dance”, and featured two kids performing the, now popular, dance routine.

There are a huge number of variations on the basic premise and uncountable covers on YouTube. Unlike most nursery rhymes that are slow and help children fall asleep, Pinkfong’s Baby Shark is a dance number of sorts which the kids like to watch on a loop – and that repetition helps the video garner all those views.

The song features a family of sharks that go hunt a school of fish. While the English version just listed members of the shark family, the Korean version says Mommy Shark is "pretty", Daddy Shark is "strong", Grandma Shark is "kind", and Grandpa Shark is "cool" and hence has been criticized for sexist lyrics.

Pinkfong's parent company SmartStudy was sued last year by songwriter Jonathan Wright arguing that while the roots of “Baby Shark” are public domain, he holds the copyright to a distinct derivative version, which was infringed by Pinkfong. The case is still under consideration by the Korea Copyright Commission.