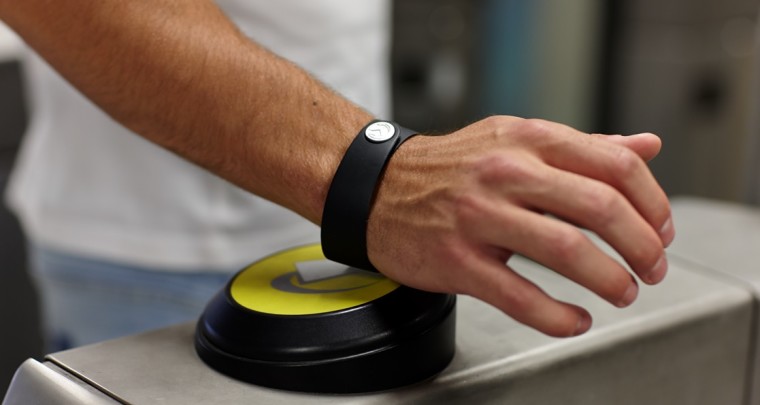 There’s some good news for London commuters this morning as Barclaycard is launching the first batch of their wireless payment bracelet designed to speed up your morning routine a bit.

Dubbed the “bPay band” the new gizmo works similarly to a regular contactless credit card. Commuters will be able to use it to pay for their fares at “more than 300,000” contactless payment points across London. Tami Hargreaves from Barclaycard explained it like this:

With bPay band you just hold your wrist to the card reader to pay for your travel, you can then also use it to pay for your coffee on the way into the office, and lunchtime sandwich

The bPay band was actually announced back in June and it's been tested at a number of large public events including the Pride in London LGBT event and the Barclaycard British Summer Time music festival.

The good news is that the bPay Band is actually free and there’s no extra fee or hidden tax for folks wanting to use the new wristband. And users can top up their pre-paid accounts automatically or do it manually online via a regular credit card.

The first 10,000 people to sign-up for the service will receive their bPay bands by the end of this month, and further expansion of the service will happen next year when the band launches publicly.

This adoption of contactless payments is very interesting and it seems to have finally started spreading everywhere. But of course, wearing your “wallet” on your wrist may come with its own privacy and security concerns later on until the technology matures.