In June 2011, Google added Search By Image, which lets users find where a specific photo has been used on other websites. Today, nearly three years later, Microsoft has added that same functionally to its Bing search engine. 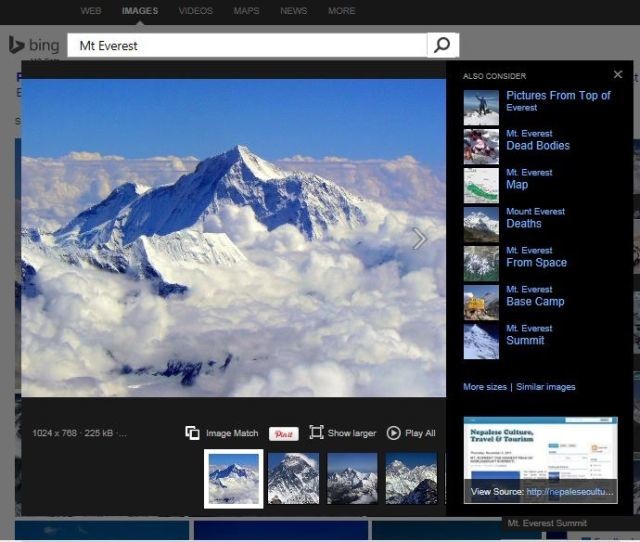 The Bing blog has more information on the new addition, which Microsoft calls Image Match. Microsoft says that Bing users who search for images will see a button at the bottom with the Image Match phrase. Clicking on it will bring up an number of different versions of the same picture in terms of its size and resolution so users can pick the best one to look at or use?

If you come across an image online and want to find more examples, hit ‘image match’ near the search box on Bing.com/images and paste the specific image URL. Alternatively, if you have a popular or well-known picture on your computer that you want to match, you can also upload directly to Bing.com/Images and we’ll match the results.

Earlier this month, Microsoft added a virtual scientific calculator in its Bing engine, which is something Google has had for nearly two years, which proves that even though Bing has a number of unique offerings, it can still be behind its biggest competitor in other features.