This week at CES, Acer introduced the ConceptD 7 Ezel. There are two versions of it, a regular one and a Pro model, with the former including an Intel Core H-series processor and GeForce RTX graphics, and the latter including Intel Xeon CPUs and Quadro RTX graphics. What makes these powerful laptops particularly interesting is that they're convertibles.

Yes, that makes them some of the most powerful convertible PCs that exist. They're aimed at creators, with the GeForce models including Nvidia's fairly-new Studio drivers. I got to check out the ConceptD 7 Ezel Pro at CES and wow, this thing is awesome.

At first glance, it's just a powerful laptop. It weighs in at under five and a half pounds, which is about what you'd expect. I have to say, it does feel lighter than that, probably due to the way that the weight is distributed.

But you can fold the display to different angles, and that's where the convertible aspect of it comes in. I tried using it at a few different angles, putting different amounts of pressure on it. It held up fine, at least under regular use.

Like any convertible PC, you can use it as a tablet. You can use it to draw, take handwritten notes, and more. You'll probably want to do more than that, because if you're getting something this powerful and this expensive for taking notes, that's overkill.

The pen is built into the side of the bottom of the screen. It's a Wacom pen, and it doesn't need a battery. You won't even find pins on the side to charge it. The good news about it being built into the device is that it's always with you. The bad news is that that means you get a small pen. But with Wacom, there's a wide variety of third-party pens that you can use anyway.

I want to point out that the 15.6-inch 4K 400-nit display on this machine is really nice. It's anti-glare, but the colors aren't washed out, as is often the case with anti-glare screens. Acer says that it has color accuracy of Delta E <2, and it supports 100% Adobe RGB color gamut. It has been calibrated to reproduce Pantone Matching System colors. All of that adds up to being a screen that you can really do some creative work on.

It also has quite a few ports, even more than the average 15.6-inch workhorse. After all, when was the last time you saw a full DisplayPort 1.4 port on a laptop? It also has two Thunderbolt 3 ports, two USB Type-A ports, and an HDMI port. 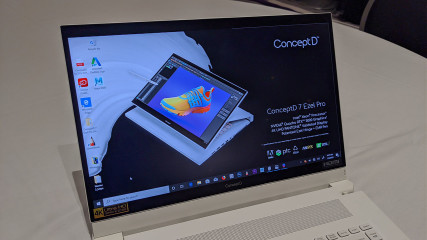 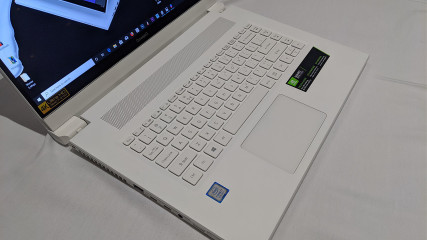 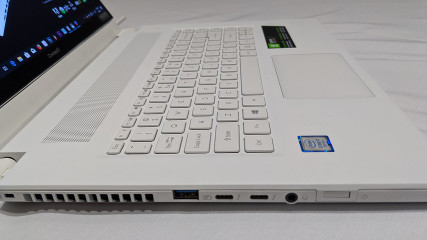 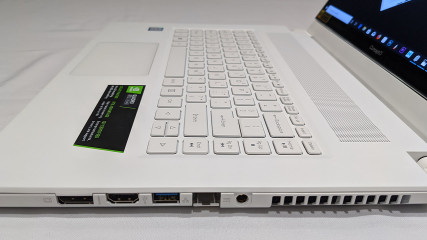 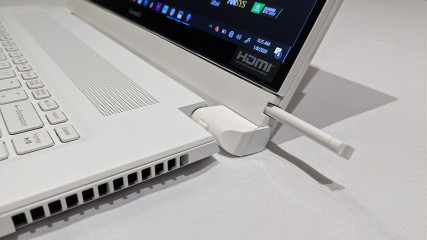 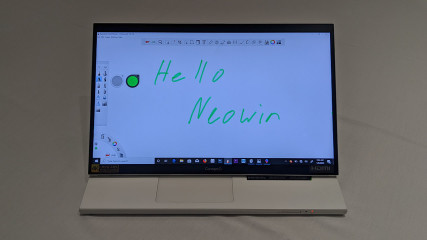 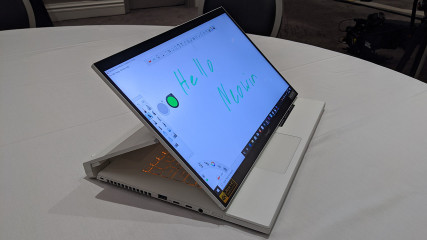 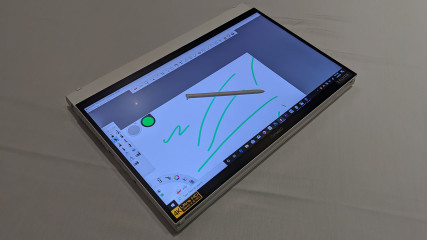 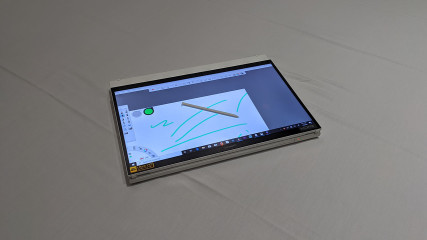 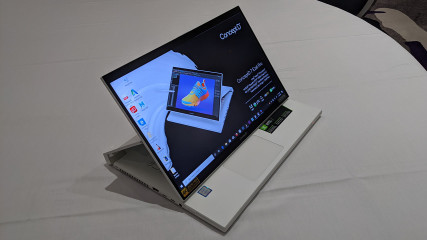 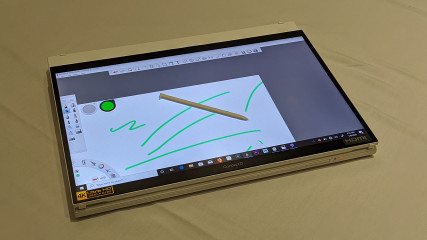