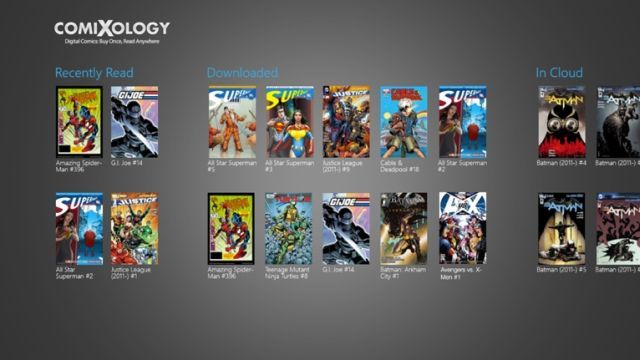 The ComiXology Windows 8 app uses some of the features unique to Metro apps. For example, users can continue to read digital comics with the app while also checking on their email in the app's "snapped" mode. Also, it uses the "Semantic Zoom" feature that lets users search for comic book titles via pinch and zoom gestures.

Over 10,000 comic book titles can be downloaded and read by the Windows 8 ComiXology app. However, this version made for the Windows 8 Release Preview does not yet allow people to directly purchase comics via the app; those must be purchased by another device; ComiXology plans to add this feature when the final version of Windows 8 is released.

ComiXology currently has the rights to release current and past digital comic books published by DC, Marvel, Image, Dynamite, Boom Studios, IDW and many others. The biggest single comic book publisher not with ComiXology is Dark Horse Comics. They handle their own digital comics service on the web and also via iOS and Android devices; so far, they have yet to reveal any plans for a Windows 8 app.