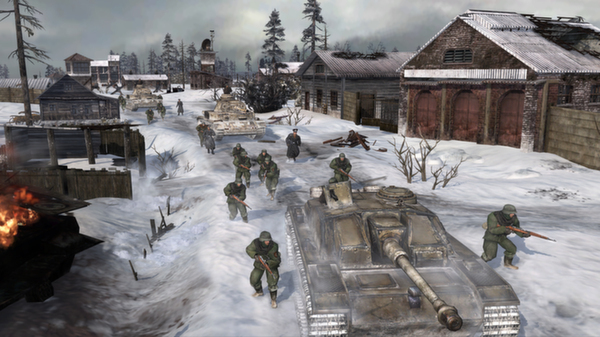 Company of Heroes 2 is shaping up to be one of the best PC exclusive games of 2013. Today, publisher THQ announced that the WWII RTS sequel from Relic would offer some pre-order incentives as well as a special Digital Deluxe version of the game.

The Digital Deluxe version of the game will cost $99.99 and will offer free access to the first three single player DLC packs, along with exclusive heavy German Whitewash and Soviet Winter Cobblestone tank skins. The Digital Deluxe version will also come with the original Company of Heroes game and its two expansion packs. It will also have what is called the "Command Pass" which will give players access to bonus maps and special "member's only" events.

The game itself is set during the period of the Nazi Germany invasion of the Soviet Union and will be out in the first quarter of 2013.