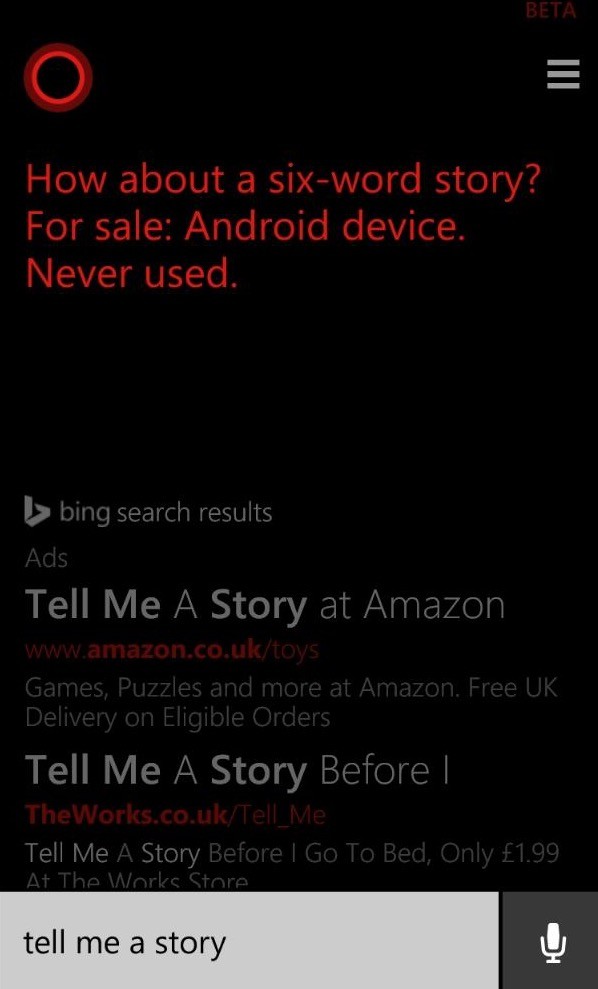 Microsoft has stared pushing out Cortana to new locations, and having done so, it looks like they have given a bit more flavor to her personality. As you can see in the screenshot above, when asked to tell a story, she has no problems tossing some shade over at Android.

It's not all that surprising that Microsoft would bash the competition as they have no problem putting Apple down, and seeing that Android has the most market share, it is logical to attack it as well. While we have not been able to get this result when asking if Cortana could tell us a story, a couple users on Twitter have been able to reproduce this result as our devices are set to the US region. If you want to see the story for yourself, you will need to set your region and language to the UK.

Cortana is Microsoft's digital assistant who lives inside your Windows Phone -- for now -- and will soon be coming to your desktop. If you catch any other gems like this with Cortana, let us know in the comments below.