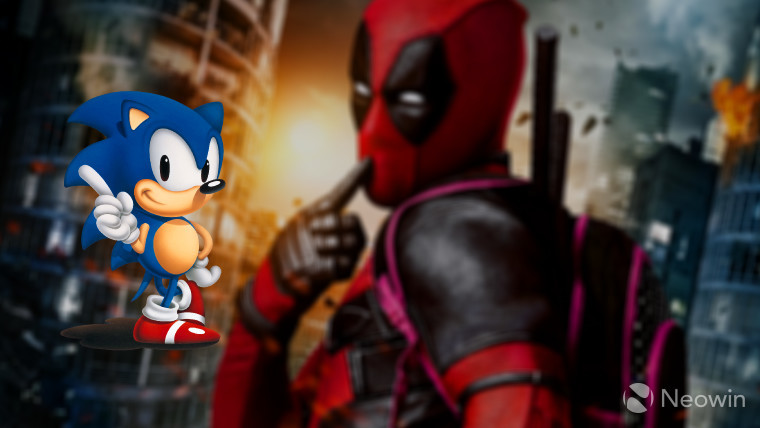 Plans to create a big-budget Hollywood movie based on the adventures of Sonic the Hedgehog first materialized in 2014, but earlier this year, further concrete details emerged about the new film. The CEO of Sega Sammy Holdings - which is making the film with Sony Pictures - revealed that it would be a "live-action and animation hybrid".

We've known for a while of the involvement of Neal Moritz as as executive producer of the new movie; Moritz has previously produced I Am Legend, 21 Jump Street, and the Fast and the Furious series, as well as TV shows such as Prison Break and Tru Calling.

As Engadget reports, the movie now has a second executive producer onboard: Tim Miller, director of the hugely popular (and R-rated) Deadpool movie, set in the Marvel cinematic universe. Jeff Fowler will direct the new Sonic movie.

Both Miller and Fowler are part of Blur Studios, a visual effects and CG animation house that has worked on numerous gaming projects, including working with Microsoft on the remastered Halo 2: Anniversary edition that was released as part of Halo: The Master Chief Collection.

Sega Sammy Holdings said in February that the new Sonic the Hedgehog movie is "scheduled for release in 2018".