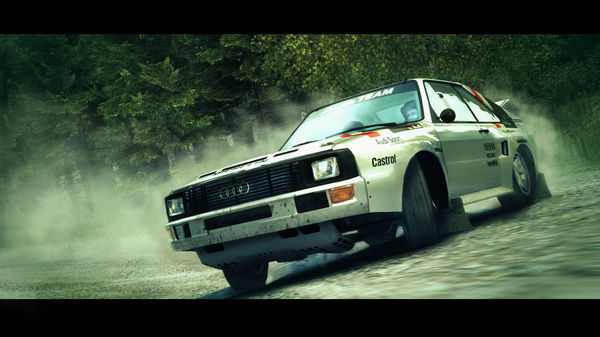 If you bought a copy of the Playstation 3 version of the just released off-road rally racing game Dirt 3 expecting to go online to play multiplayer, you are out of luck, at least for the moment. The PS3 port of the Codemasters developed and published game cannot access its online multiplayer features even though the Playstation Network's multiplayer servers are back online.

Why? According to a story at Videogamer.com, the reason is because Codemasters has made players of the game type in a VIP code included in new copies of the console version of Dirt 3 to activate its online multiplayer features. This is a growing trend in console games by publishers who are trying to stem the tide of losing money by people paying for used copies of the game. However, the VIP code can only be activated via the Playstation Store for the PS3 version and the online store for the Playstation Network is still down and could be down for a few more days.

Codemasters is aware of the situation with a spokesperson telling Videogamer.com, "It is a really unfortunate situation but we are positive that everything is being done to rectify the service as soon as possible." The Playstation Store was rumored to be going back online on Tuesday but Sony has officially said only that it hopes that the online store will be back online by the end of the May. Until then it looks like Dirt 3 PS3 owners will just have to play the single player modes.