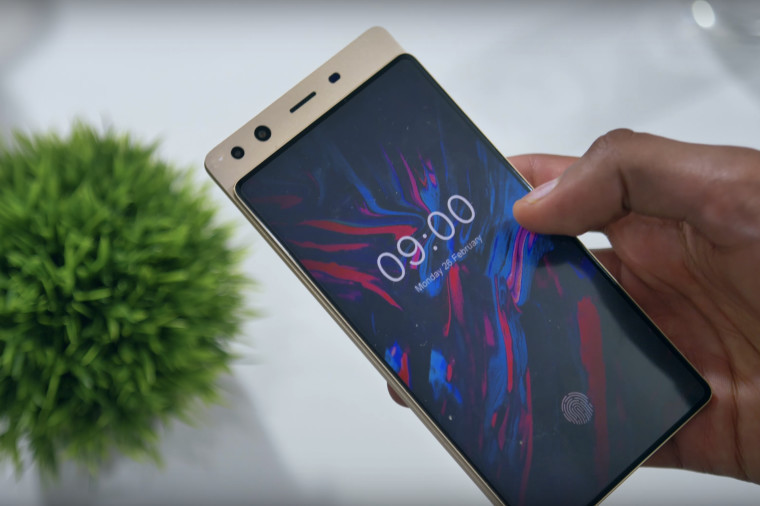 Doogee is one of those companies that offers a gamut of smartphone options, at relatively fair prices. The designs are often copies of other handsets on the market but the company does also produce some original models every now and then. The Mix 4 is one such example, originally revealed at Mobile World Congress in Barcelona in March, featuring a slider design.

Now, a prototype of the device has found its way online, showing off the design in great detail. Despite it being a prototype, the build quality looks solid and also has a nice satisfying snap when the slider is opened and closed. Because it has a two-layer design, you can see that the entire front can be dedicated to the display. There is also speculation that this smartphone could arrive with an in-display fingerprint reader.

While this does look quite curious, it does leave one to question on how well the design will actually work in day to day use, considering that the earpiece, front-facing camera, and various sensors are all located in the bottom layer of the device. There is no word yet when the handset will launch, but the phone is speculated to arrive sometime later this year. Hopefully, this will be available to the global market, but if you do pick one up, you might want to check it for malware.