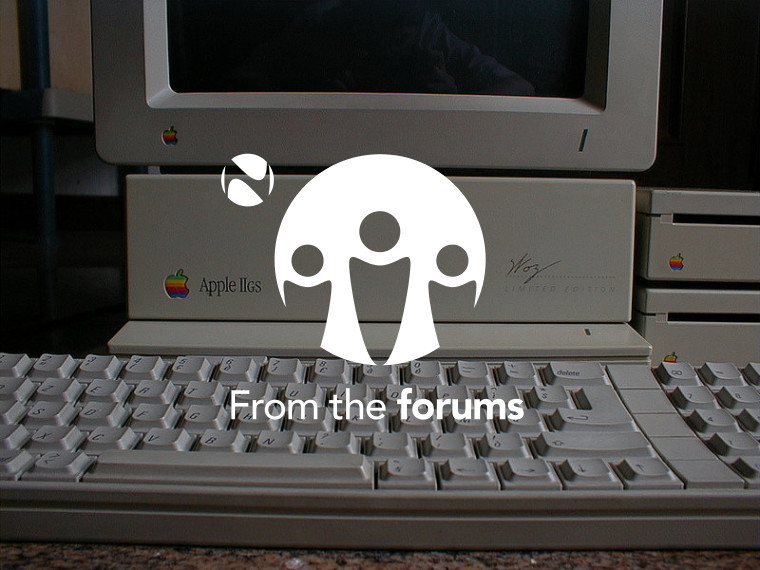 As technology rapidly changes today, products from the past tech generation, while some may regard them as old and useless, are still very treasurable, as they are a reminder of how much the industry has evolved and helped us get to today's gizmos and gadgets.

Long time Neowinian Adam Bottjen, who you could recognize under the username warwagon, was recently looking through stuff in the basement with his mom, when they talked about an Apple IIGS his mom bought when it was newly launched in 1986. With this, Adam remembered through some YouTube videos he watched that the now-retro computer had a "Woz Limited Edition" variant.

As part of the 10th anniversary of the development of the Apple II Series, the first 50,000 Apple IIGS computers were marked with a copy of the signature of Steve Wozniak, one of Apple's co-founders. With the idea that the computer was purchased during its early launch, Adam wondered if there was any possibility that the Apple IIGS they have was a limited edition one.

After unpacking the box, and lifting out the heavy equipment inside, he finally got to the IIGS at the bottom of the box. Upon removing it, lo and behold, he found that it was indeed one of the limited edition Apple computers. It bore the words 'limited edition,' together with the signature of Steve Wozniak.

Unfortunately enough, it didn't come with a printer, much to Adam's dismay. Despite this, he was surprised at this great find, knowing that there are only a few Woz-signed Apple IIGS computers out there, as they have become obsolete as time went by. "That is 50,000 out of 1.25 million. While 50,000 is still quite a few, i'm sure that number has gone down as people tossed them," Adam said.

He is now trying to decode its serial number to see how far into production this specific unit got before others. He's looking for someone who might be able to help him decipher the rest of the serial. Head over to the forum to see the story in Adam's own words, and see if you can help him.

And don't forget, there are loads of interesting discussions on a wide variety of topics on our forums - and if you're not yet a member, it's free, quick and easy to sign up!