“Zulfi and Matt have read your review and want to hit on a few points you made” is what the friendly face from Edelman (one of Microsoft’s press agencies) says to me as we walk to the conference room where the two men behind the Band were waiting. Considering that my review, along with many others, was not exactly glowing and pointed out many flaws, I expected the two gentlemen to be defensive of their product.

I walked in to the room and was met by Matt Barlow and Zulfi Alam who are both exactly what you would expect from Microsoft: articulate, energized and passionate about their product. I immediately notice Zulfi’s Band that has a chrome clasp and ask if I can snap a few pictures and he jokes about it until he realizes that I am serious. 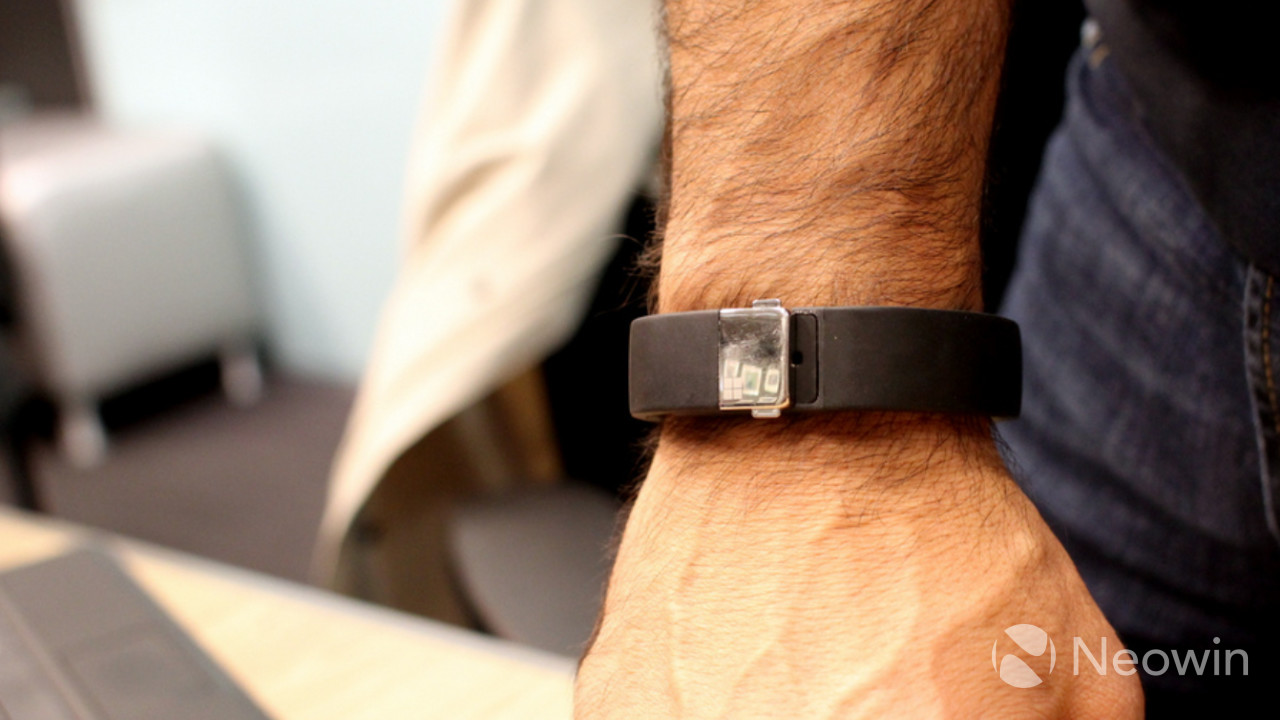 We sit down and out of the mouths of Zulfi and Matt come the words, “we read your review, it’s fair and we want to talk about how we can improve the product going forward”. To put it bluntly, this was not exactly not what I expected, as when I have reviewed some other products from Microsoft in years past, it's understandably the case that the folks who make the device sometimes push back and defend their products initially.

But not these two guys - they want to know what I love and hate, and how can they improve it today and tomorrow and it doesn't seem to be a fake front either. From talking to them, it seems that these two guys get it; Microsoft gets it.

The Microsoft Band is not a product that was born overnight. In fact, the device started out as an Xbox accessory. The Band was originally conceived to work with the Kinect and the Xbox as an exercise peripheral, but quickly grew in to something much larger as the product moved from concept to physical device.

Stepping outside of the interview, it’s important to know what was going on inside the Xbox world at this time to help paint a better picture. Microsoft is building this Band at the same time that the Xbox One is not exactly doing well and is losing to the PS4. To fight this loss in momentum, Microsoft shifts to new SKUs of the Xbox One at a cheaper price without the Kinect. Could adding another peripheral to the Xbox One that wasn’t gaming related have been a risky bet for the company? It very well could have been, and they decided instead to spin off the fitness-focused wearable into its own category.

Zulfi stated that the Band outgrew its initial concept and became something bigger than an Xbox fitness device and the story of the Band as a standalone product began. But the Band, by itself, was not good enough for Microsoft. The software giant loves its large-scale platforms and it needed something more to make the product cohesive. And so, Microsoft Health was born.

But what about that feedback and what’s the future of the device? Fortunately, Matt and Zulfi did not hide behind generalities here and were willing to answer some questions.

One issue that I had while reviewing the device was that I quickly maxed out the number of tiles that I can have on the device. With the company adding more features in future updates (not all of the sensors are turned on right now) am I going to have to make more sacrifices on which apps to have on my Band to accommodate these new features?

In future updates, some of the tiles we have now will be going away, like the sleep tile for example. Microsoft already has a good idea of when you are sleeping but the algorithms needed a few more minutes in the oven to be perfected and did not ship on day one. When this feature does ship, it will remove one tile and others can be removed as well like the UV sensor too, again in future updates. This will help free up space for the new features that are coming down the pipe.

And the ergonomics of the device? This has been a topic of conversation for many users as you are either on team face-up or on team face-down (for the orientation of the screen), and the comfort has been questionable as well.

Matt and Zulfi both favored wearing their Bands face-down during our meeting but said that they could understand why some users preferred having the screen on top. More interesting is that they both wore the device on their right wrist whereas I were it on my left wrist; they also both had watches on as well. 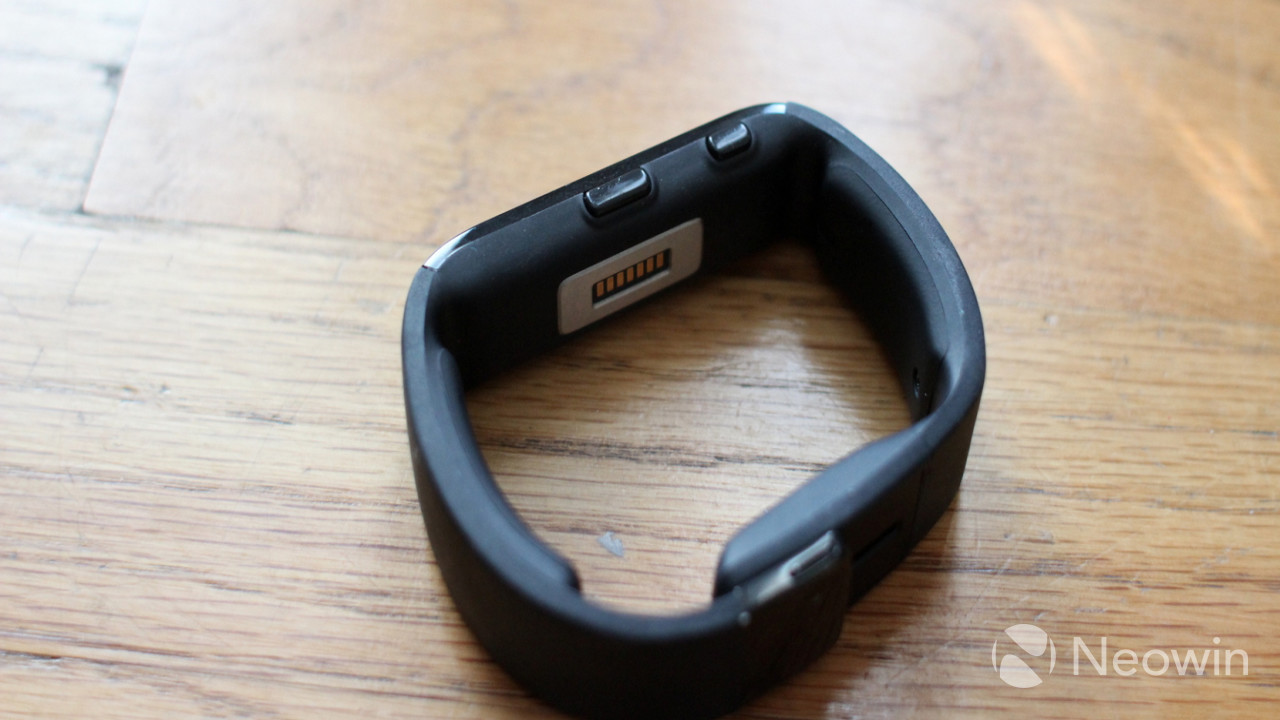 And there is the flat display, which does not work well when trying to type on a laptop. To which the team pointed out with proper typing techniques, the Band is out of the way. This will likely be a subtle jab at my writing posture that has been refined over the years of working in the cramped conditions of the cattle car section of most major airlines. I'm not too sure how many folks have the 'proper' ergonomic writing posture - I do not, clearly - but they understand that for someone like myself, the device needs to be contoured more to the wrist to make typing easier.

Matt said that based on their data, it takes, on average, someone three days to get used to wearing the Band. That’s a significant commitment for a consumer as three days is a long time to adjust to wearing something new on your wrist. And it does make sense as I did have a hard time adjusting to the Band at first but more than a week later, I am still wearing the device daily.

Both Zulfi and Matt were adamant that this is just the start of Health and the Band. While discussions never ventured into if or when there will be a Band 2, the software and data they can collect today will start to change the landscape of what we know about our own health and daily habits.

These guys are constantly saying ‘actionable data’; their goal is to turn this data in to more than pretty charts and graphs, and to truly let you know when you need to take a break or when it’s ok to push yourself a bit harder. The first step in this journey is the collection process at the personal level and from there, the data will move from passive measurements to active engagements that can help you improve your health.

Making the jump from an Xbox add-on to an independent product was not an easy decision but it seems like it was the right avenue for this device. The Band, while not perfect, is the start of something new for the company and the brains and blood behind the team know that the path they are headed down could literally be life-changing for those who embrace the Band and Microsoft Health.

The Microsoft Band embodies everything of the new Microsoft; from cross-platform compatibility to new business models. What Zulfi and Matt have done is created a foundation of growth for the Band and the company.

It’s a start, a new beginning that is rich with great potential; it's everything that symbolizes the new Microsoft.