When we think about the future, it’s usually an either-or scenario; the robots will win or the humans will. But new research provided by Gartner suggests that humans and AI working together to enhance cognitive performance is set to become the most valuable application of AI technology, at least in the near future. In 2021, AI augmentation is set to create $2.9 trillion of business value and 6.2 billion hours of worker productivity, globally.

In 2017 and 2018, AI augmentation, also known as decision support, was second among AI technologies in terms of the value that it creates for businesses. Gartner predicts that it will creep into first place this year and then explode as we reach 2025 becoming about twice as valuable as the AI technology in second place, virtual agents. 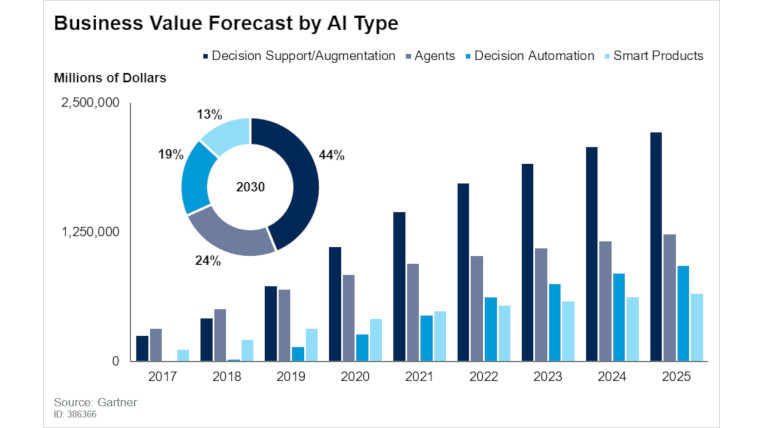 “The goal is to be more efficient with automation, while complementing it with a human touch and common sense to manage the risks of decision automation.”

With AI augmentation, businesses will be able to reduce the number of mistakes made by employees, in turn reducing costs for businesses. On the consumer front, augmentation will allow the company to provide customer convenience and personalisation at scale, something which was more difficult before. The improved service could cause an influx of new consumers for businesses employing the technology.