Last July, Microsoft announced a massive restructuring of its phone business unit, drastically scaling back its excess of handsets to focus on a much smaller portfolio of devices. At the time, Microsoft CEO Satya Nadella said that the company was moving from "a standalone phone business, to a strategy to grow and create a vibrant Windows ecosystem that includes our first-party device family".

To put this another way, Microsoft intended to step back from offering so many of its own Lumia devices, to make more room for its hardware partners in the smartphone market, in the hope that they would sell more Windows phones in its place.

Less than a year on, the effects of that strategy shift are now becoming clear. 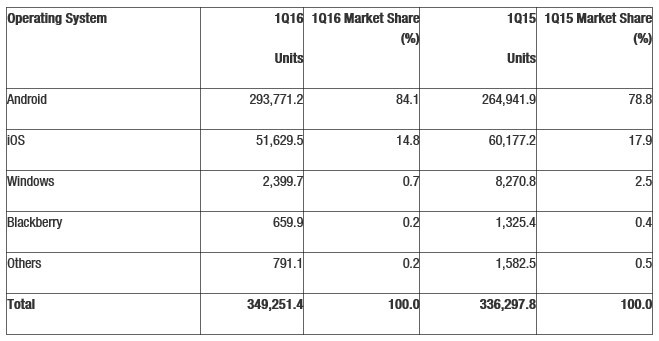 Gartner has published its latest breakdown of global smartphone sales, revealing that in the first quarter of 2016 (Q1 2016), a total of just 2.4 million Windows phones were sold around the world, reducing the platform's global market share to just 0.7%. That's a drop of 1.8 percentage points (or 72%) compared with the same period a year ago, when Windows Phone accounted for 2.5% of the market.

It's also worth considering that figure in the context of Microsoft's own official sales figures. Last month, when it published its quarterly financial report for Q1 2016 (the third quarter of its 2016 fiscal year), Microsoft revealed that it had sold 2.3 million Lumia handsets. Even allowing for some margin of error in Gartner's figures, it's clear that sales of non-Lumia Windows phones have been extremely low.

Lumia devices have consistently accounted for 94-97% of all Windows phones in use for the last two years, despite Lumia sales having plummeted by 73% over the last four quarters, indicating that third-party Windows handsets are failing to fill the gap left by Microsoft's own retreat from the mobile hardware market. 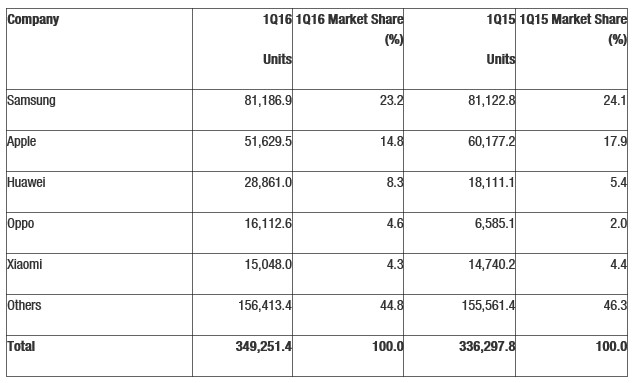 Things aren't entirely rosy for Apple either. For the last quarter, the company reported that its iPhone sales had dropped by around 16% year-over-year. According to Gartner, iPhone market share now stands at 14.8%, down from 17.9% during the same quarter in 2015.

But things are going far better for Android; with sales of almost 293 million handsets in Q1 2016, Google's mobile OS continues to dominate the global smartphone market with a staggering 84.1% of sales. 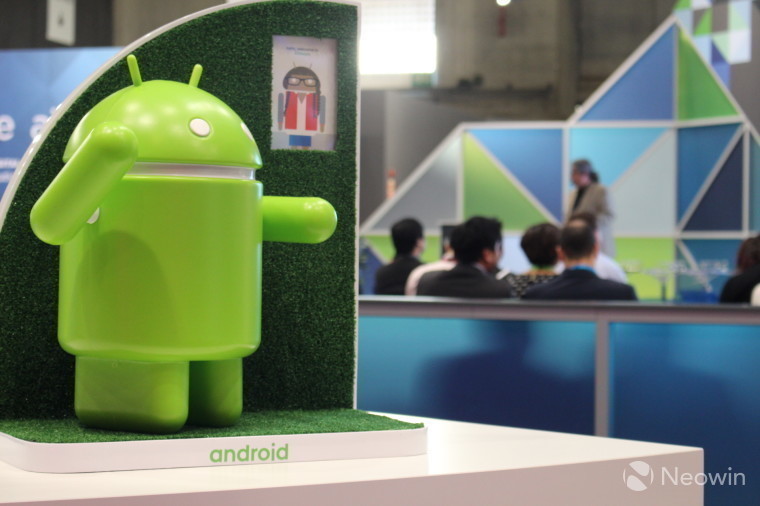 Samsung has been the largest Android vendor for some time, and it remains the largest overall smartphone vendor by a considerable margin, with 23.2% of the worldwide market, followed by Apple's 14.8% in a distant second place.

But Samsung's lead over its competitors is being eroded by the rise of other Android manufacturers, such as Huawei, which saw its share increase by nearly 54%, jumping from 5.4% to 8.3%.

Meanwhile, Xiaomi's sales rose slightly, but its share of the market actually dipped from 4.4% to 4.3%, since its sales increase was outstripped by the overall growth in the wider smartphone market. But it was a much poorer quarter for Lenovo, which saw its sales fall by 33% around the world (and by a whopping 75% in China), forcing it out of both the top 5 smartphone and top 10 mobile phone vendor lists.