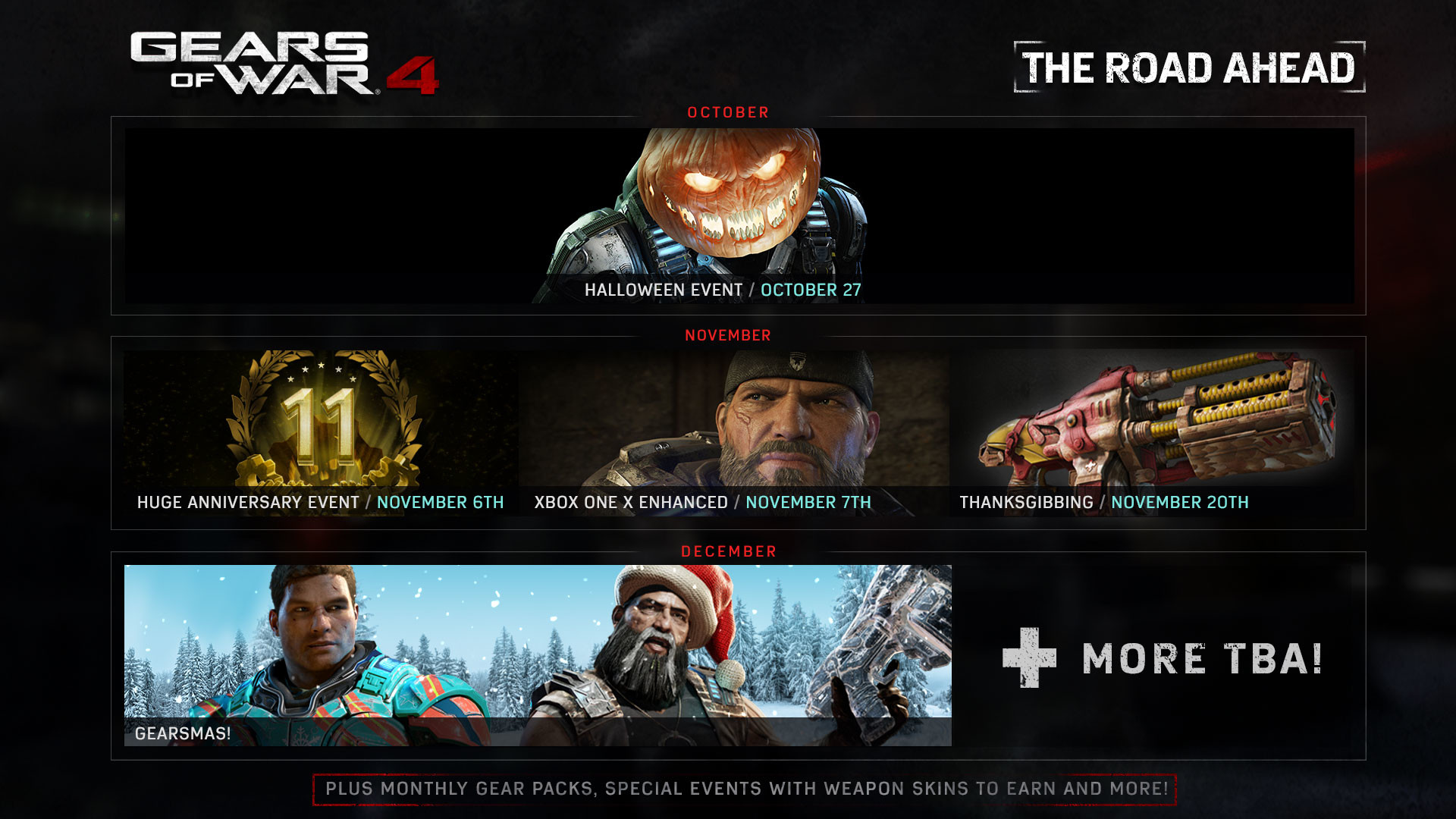 Game developer The Coalition is quite active when it comes to timely Gears of War 4 updates. The developer is set to release the October Update this Monday, October 23rd. The update brings two new maps - which are also the last maps to be added to the title - and more importantly, it will bring Xbox One X enhancements. Gamers can already download the 4K game content reserved for the Xbox One X on their current console, after which they'll be able to manually download the content for easy transfer using external HDD or local network when they get the upcoming console. Unfortunately, the company didn't reveal more information regarding these enhancements, but promised that more details will be revealed in the near future.

The two new maps introduced with the update include Fuel Depot and Lift Apex. The video below gives us the first look of the maps which will be released with the update. Fuel Depot's large size makes it easy for players to flank and catch opponents out in the open. On the other hand, Lift Apex is built upon the "original by re-imagining the design of the map without the mechanics of a moving lift and expanding territory." It's worth mentioning that both of these maps were already available in Gears of War, but the developer has redefined them to improve the gameplay.

As for availability, Season Pass holders can play both maps from October 23. Additionally, they will also get double XP and 20% Bonus Credits. The maps will be available for all users in public matchmaking from October 30.

Furthermore, the developer also revealed that Developer Playlists with Double XP and 20% Bonus Credits will end. Instead, there's a new bonus called "Map Owned" which will offer users with a permanent increase in experience and bonus credits for any map they own. This means that all Gears of War 4 players will get this bonus across the 10 original maps. Season Pass holders will get this new bonus across all 34 maps in the game whenever they play.

And it doesn't end here: Halloween and Gears of War's 11th anniversary are just around the corner as well, and both will offer players new characters and items to collect.

The Coalition has cautioned that players will need to download the latest Xbox One console update in order to download the G﻿ears of War 4﻿ October Update. Players can head over to Settings -> Updates to manually update their consoles.