The newly IGN-acquired Humble Bundle is back with another bundle featuring games made by Austrailian developers. Titled the Humble Down Under Bundle, it brings along three tiers offering nine games in total.

The pay what you want tier gets you the table-top RPG, The Warlock of Firetop Mountain, the card-based RPG, Hand of Fate, the cyberpunk strategy title, Satellite Reign, and Screencheat, a split-screen shooter where the only way to find opponents is by glancing at other players' perspectives.

Moving onto the 'pay over the average tier', that is currently just below $4, will grant you the hacking simulator, Hacknet and its Labyrinths expansion, the pixel graphics dungeon-crawler, Crawl, along with the early access survival multiplayer shooter, Hurtworld.

The final tier comes in at $12 and offers a single game, that being the turn-based strategy board game, Armello.

All games in this bundle are playable on Windows, macOS, as well as Linux, and with the exception of Hurtworld, they also provide DRM-free versions in addition to Steam keys. You have until the end of October to grab this bundle.

Making sure to not miss out on a season, the WinGameStore is hosting a Fall Sale. The sale consists of thousands of titles with various discounts applied to them, from obscure indie titles to triple-A releases. Flash Deals have also made a return, giving deeper discounts to a selection of games every 24 hours.

Although the deals themselves are a bit hard to sort through on the store, we have some highlights from the sale listed in the big deals section, which you can find below. The Fall Sale still has a few days left to go before coming to a close, with it slated to end on October 24. 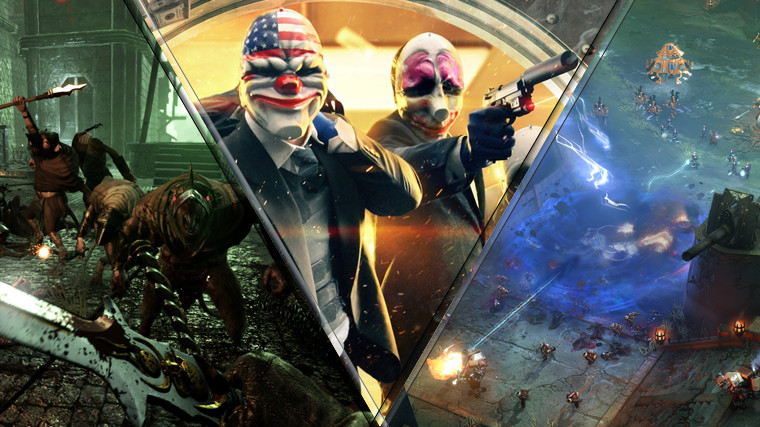 Warhammer: Vermintide 2 received its full reveal earlier this week, and the developer has decided to celebrate by having a rather long free event for the original, Warhammer: End Times - Vermintide. If you're a fan of cooperative games much like the Left 4 Dead series, Vermintide will be right up your alley. But instead of zombies, you will be massacring giant humanoid rats instead.

The game is free to play on Steam until October 26. The currently ongoing 75% discount should also be helpful if you decide to purchase the game.

However, if the Warhammer Fantasy universe isn't really your cup of tea, and you prefer the Warhammer 40K universe instead, SEGA has you covered: The Relic Entertainment-developed Warhammer 40,000: Dawn of War III is also having a free event on Steam.

The RTS title just received its biggest update yet. Dubbed the Endless War Update, it brings along new Elites, skins, multiplayer maps, and more. The game is also sporting a 50% discount until October 23 for anyone interested in picking it up.

Lastly, Overkill Software's cooperative shooter and heist title, Payday 2, is also having a rather long free event as a part of Crimefest 2017. If you're interested in robbing stores, banks, and other places that can be broken into, while fighting off hordes of law enforcement forces that appear whenever someone inevitably sets off an alarm, this is the perfect game for you.

The Payday 2 free event will last until October 28, offering you the base game to try out for the duration. Meanwhile, the game's new Ultimate Edition bundle that includes the base game and all previously released DLC is also deeply discounted.

Now, with all those pesky DRM-filled games out of the way, let's take look at some DRM-free deals. The GOG store is celebrating 10 years of The Witcher game series with some impressive discounts to the entire franchise. The sale is mirrored on Steam as well, seen above, but here you can grab the series' DRM-free versions.