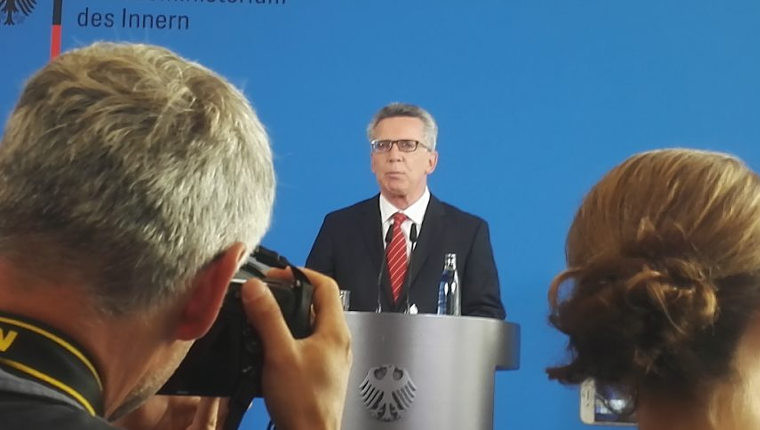 The German Interior Minister, Thomas de Maiziere, has announced that the left-wing website, Linksunten, a part of the larger Indymedia family, has been closed down. Interestingly, with this case, Maiziere tried to justify the takedown by claiming that Linksunten, which is popular with Antifa (a militant anti-fascist network), isn’t a news website, but instead an “association”.

“Authorities were treating linksunten.indymedia.org as an “association” rather than a news outlet, which would help officials get around constitutional protections on freedom of expression. De Maiziere said at least two people constituted an association – the site has up to seven administrators – and the ban would not affect the international award-winning Indymedia network.”

Many politicians in Germany have questioned the move, and others have taken to Twitter to rally against, or support the decision based on their political persuasion. Ulla Jelpke, from the Die Linke (The Left) party, said the decision was very problematic. She also said:

“I find a lot of the things on this page very stupid – I can’t condone a lot of it. If you have articles that are anti-capitalist, but otherwise are not prosecutable – our constitution allows you to be anti-capitalist. So the question is – who does it affect tomorrow, people who support anti-capitalist politics?”

The move is a significant shift for a country which has a sizable free internet and anti-censorship culture, and is host to projects like the grassroots network, Freifunk, which hasn’t really been replicated in many other countries.