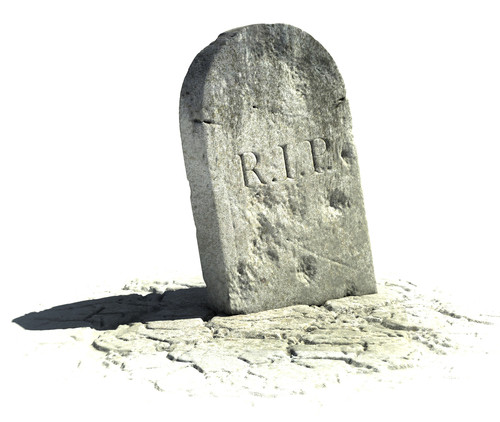 Yet another Google service is laid to rest.

Well folks that dreaded day is finally upon us as Google Reader is now officially dead. Though there's no clear reason for why Google decided to terminate the service, one thing's for sure: it's not coming back.

In case you somehow missed the story, Google announced back in March that they would be shutting down their RSS news-reader service. According to Google this was only a "niche" product but, even so, there are certainly many people on the interwebs sad to see it go.

Users taken by surprise can still download their Reader data via Google checkout, but they need to hurry as all information stored on Google's servers will be systematically deleted starting on July 15.

Users visiting the Google Reader website are now met with the following notice, which includes instructions on how to download your data and move to an alternative service:

Thank you for stopping by.

Google Reader has been discontinued. We want to thank all our loyal fans. We understand you may not agree with this decision, but we hope you'll come to love these alternatives as much as you loved Reader.

Of course it's not all bad news. The demise of Google Reader has been a blessing for other RSS services, such as Feedly. These services will no doubt rapidly increase their marketshare and value and who knows, they might even be bought by Google some time in the future.