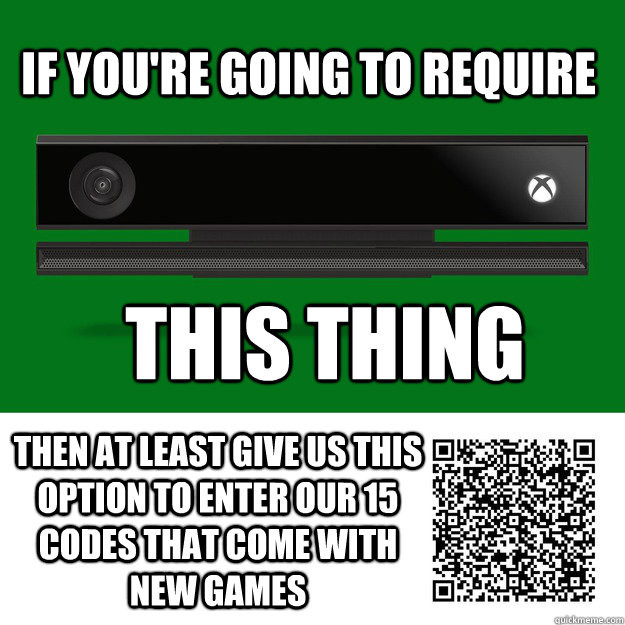 Microsoft has officially confirmed that the Kinect camera that’s bundled with all Xbox One consoles will be able to scan QR codes, including pre-paid Xbox Live Cards.

Microsoft’s Marc Whitten took to Twitter to inform gamers that their lives will get a bit easier thanks to the much-maligned Kinect camera. Until now users had to manually input the 25-digit codes that came with some games and Xbox Live cards, which was a boring and frustrating process. But Whitten confirmed that folks will be able to use the console’s camera to simply scan a card almost instantaneously.

Considering how much grief Microsoft got for its Kinect bundle and always-on policy, news that this will actually makes gamers’ lives easier may soften some of the criticism out there.