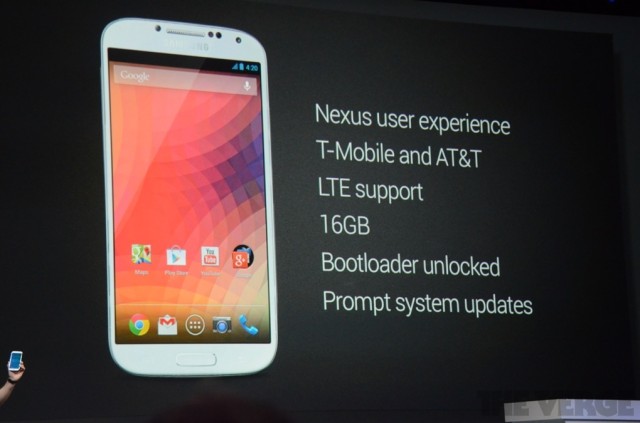 Google are currently holding their I/O developer conference, and in today's keynote address, announced plenty of cool stuff, including new developer tools for Android and a significant overhaul for Google Maps. One thing that many were expecting Google to update was the LG-made Google Nexus 4, its flagship Android phone. Previously, Google have had exclusively designed devices built to Google's specification, but not this time. 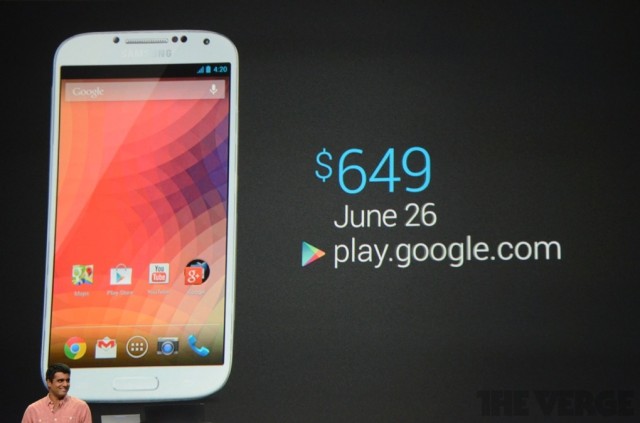 The only version of the S4 to be offered under the arrangement will have 16GB of internal storage, and is compatible with T-Mobile and AT&T's LTE network, something the Nexus 4 could not do. The handset will cost $649 and will be released on June 26th. The new device doesn't appear to carry Nexus branding, but Google claimed that it offers a "Nexus user experience."

Source: The Verge, AllThingsD | Images via The Verge