It's interesting to think that long ago, I thought that we were at the pinnacle of mobile devices with my first encounter with Windows Mobile. The Pocket PC (PPC) ran a version of Windows that looked similar to what you would find on PCs and it also was quite capable during day-to-day use. Despite its popularity in certain circles, it would eventually fall by the wayside, making way for new mobile operating systems. Almost a decade later, I still yearn for a pocketable computing device, and the GPD Pocket PC could be just the thing to satisfy. 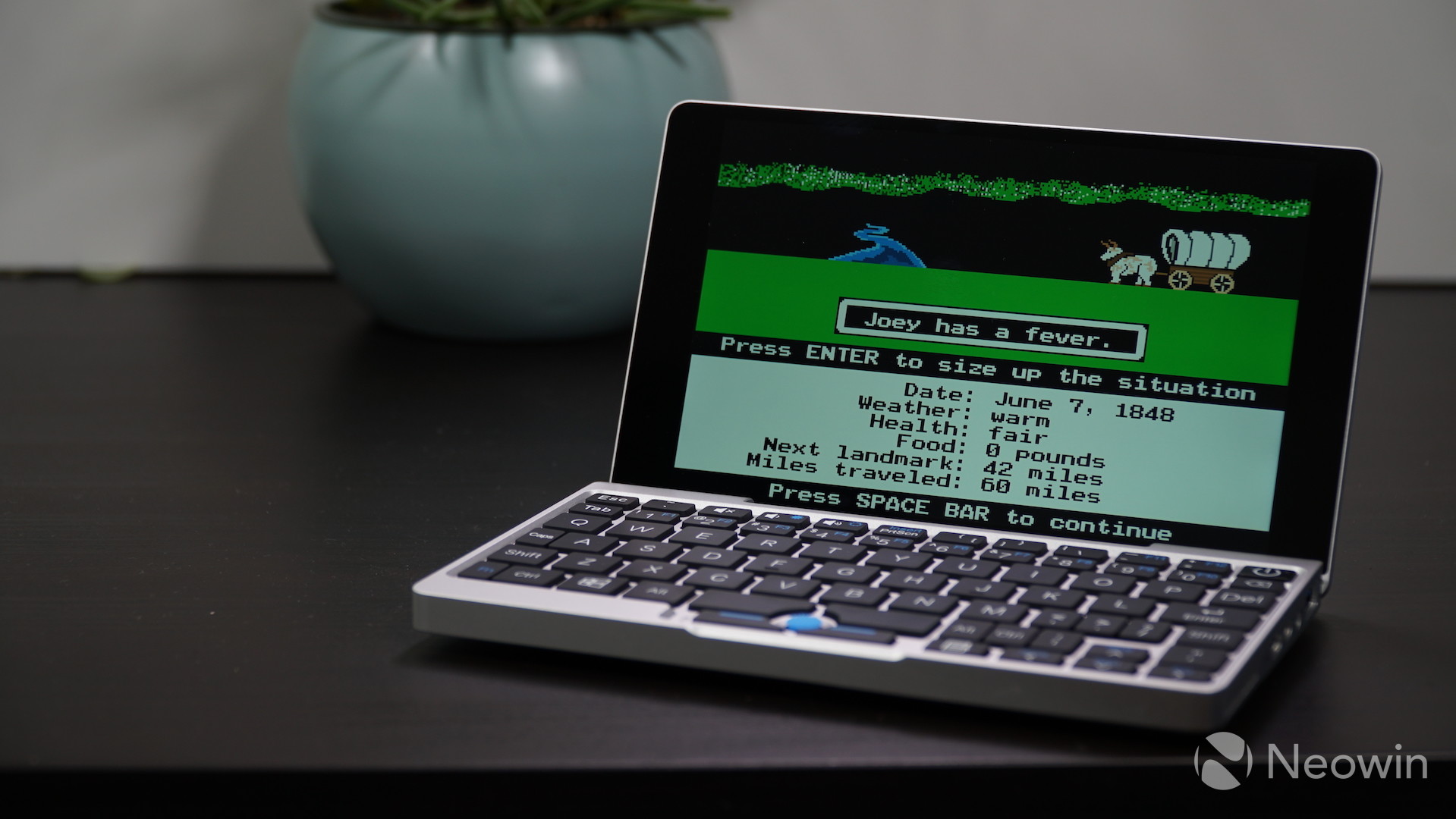 When it comes to the exterior look of the GPD Pocket, you can tell that it gets its design inspiration from Apple's line of MacBook products. The angles are precise and the appearance is quite monotone but does feel good in the hand since the construction is all metal. The right portion of the laptop houses the various ports like a USB Type C 3.0, USB Type A 3.0, Micro HDMI, and 3.5mm headphone jack. The same area also has a small grille that is meant for ventilation. While it would have been nice to see a microSD slot for expansion, at least the ports are laid out in a manner that allows you to utilize each one simultaneously. 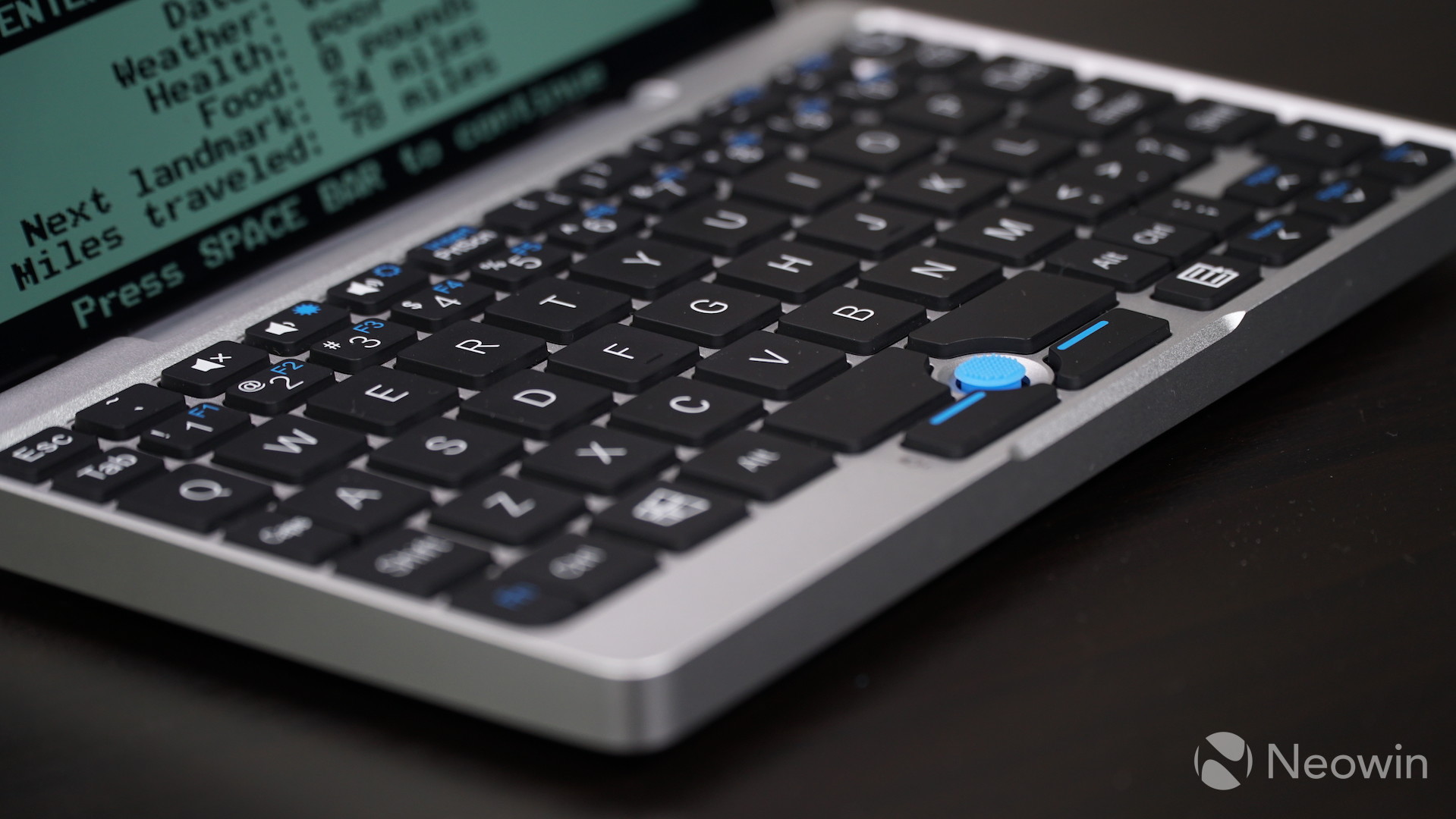 When it comes to the 1080p display, text looks sharp and the colors are also quite good. Despite it being a 7-inch display, most things look legible thanks to Windows scaling up the font by 200% by default. Despite this, if you are installing an application or game, the menu system might look quite small, so be prepared to bring out your reading glasses or you'll have to bring your face a bit closer to the screen. It would have been nice to see the large borders on the left and right-hand side of the display occupied by more screen, a webcam or even speakers, but as stated before, in day-to-day use, the size of the display never caused much of an issue.

If there is a pain point when it comes to the screen, it would be its brightness. While it can look pretty good when indoors, it has a serious problem once you take it outside. This isn't to say that it's completely unusable, you'll be able to get away with browsing and typing up documents, but you won't be in the best situation when it comes to looking at images or watching videos. 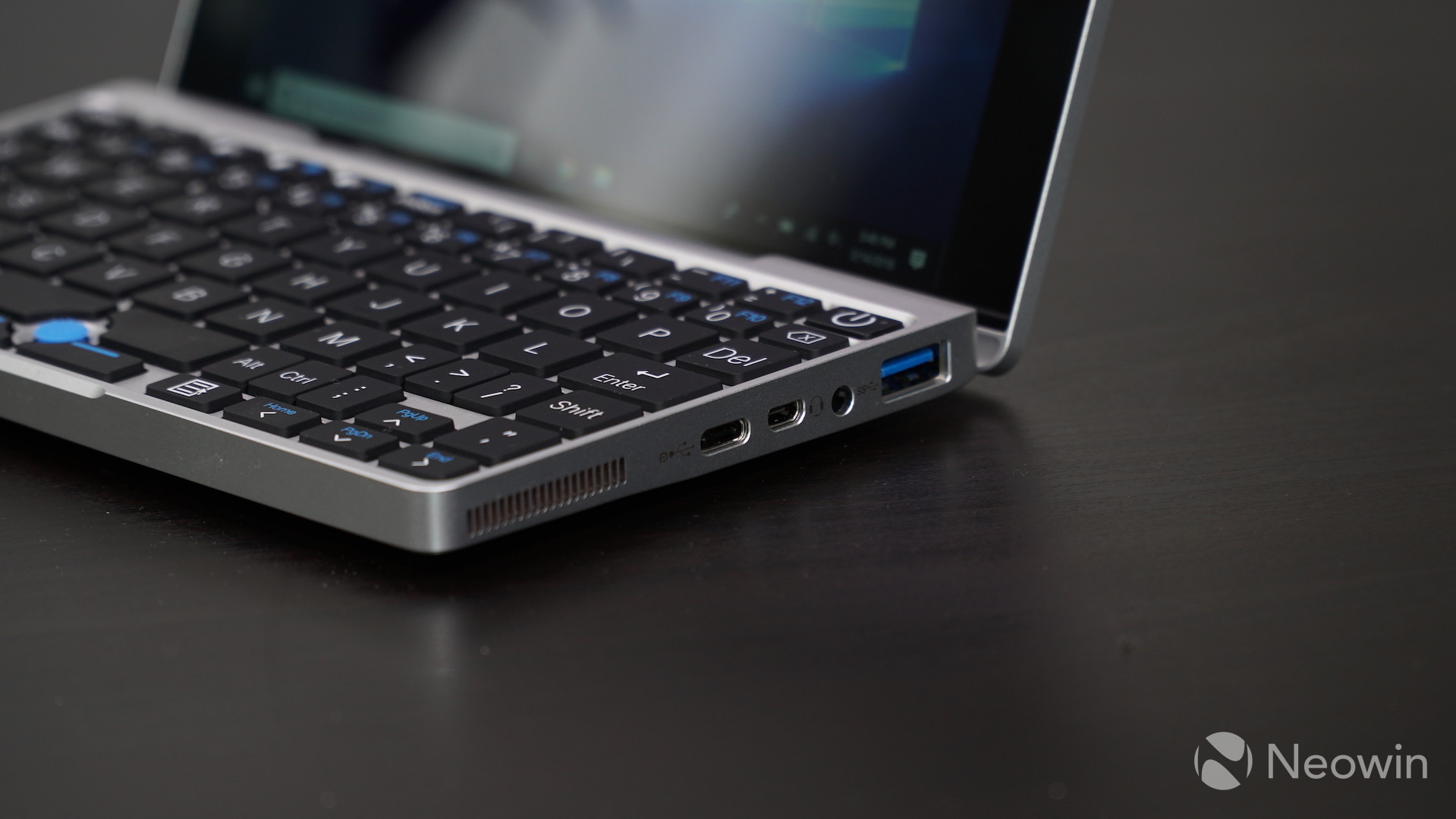 Despite its small size, the keyboard on the laptop is quite large. It provides plenty of room and is decently comfortable to type on with some exceptions. Most of the key sizes are large and the travel you get when you press them is quite good. What makes typing on the keyboard a bit difficult are the odd keys that are shoehorned in like the smaller sized 'shift' key, the quotation mark, and colon keys that are relocated, and other similar adjustments.

It does take quite a bit of time to adjust to this change and, for the time that it has been used, I still haven't fully been able to type at a comfortable pace. While this thing would be good in a pinch, it would never be the first choice. As for typing in low light, surprisingly, the keyboard is not backlit, but luckily this isn't an issue, as the screen provides just enough light to see the keys in the dark. 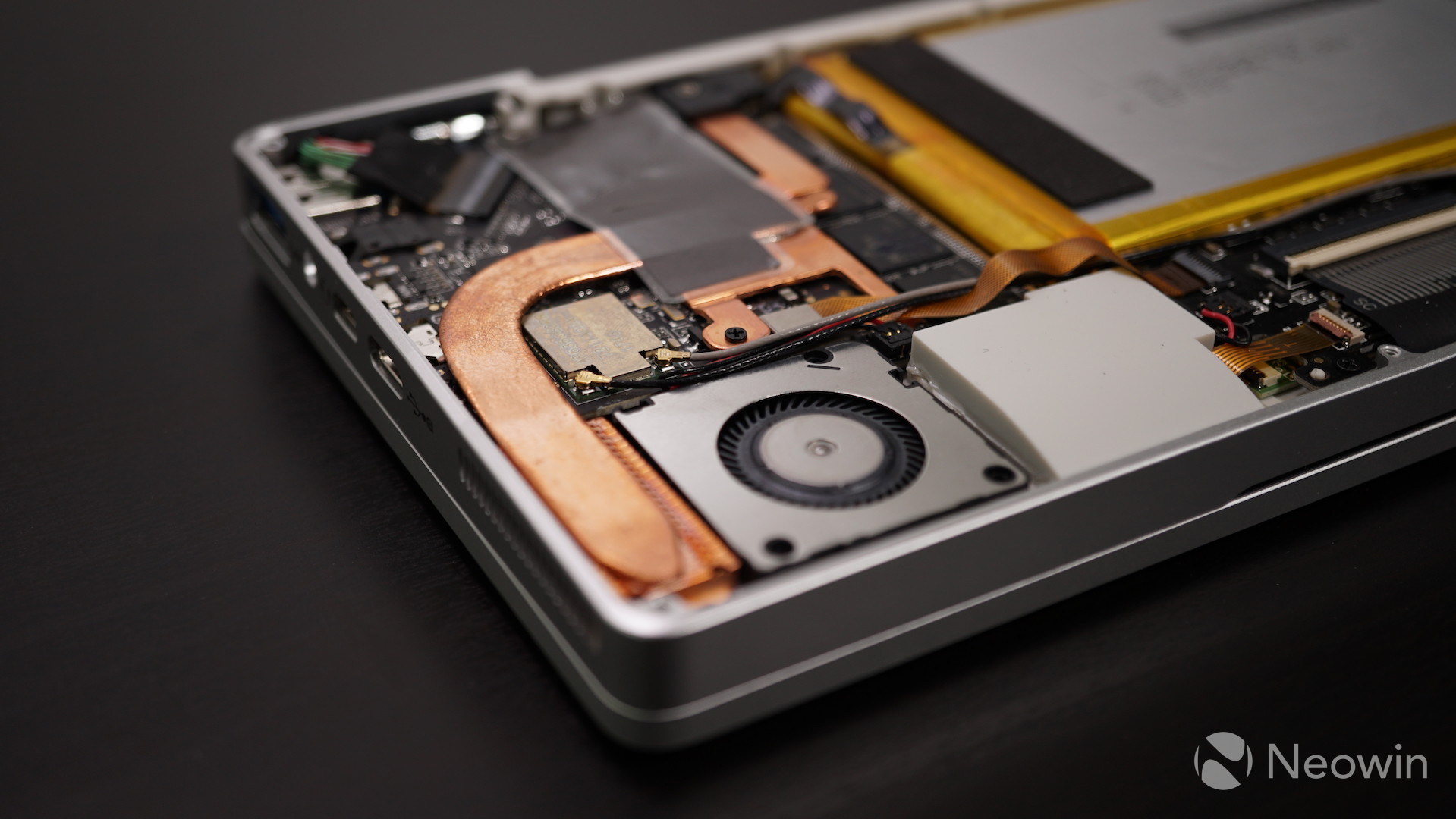 The GPD Pocket isn't the most powerful computer on the planet. It makes use of an Intel Atom x7-Z8750 processor that was released two years ago and is paired with 8GB RAM. In a typical day, the computer was used to browse the web using Chrome, YouTube, type emails, Google Docs, and other basic tasks. As you might expect, there is a bit of compromise here when it comes to using this PC In day-to-day use. It isn't always the smoothest experience when opening Chrome or starting something new, as there can be some stutters or small pauses, but it's something that you can learn to deal with and having a bit of patience here goes a long way. This kind of behavior applies to when it's on battery or plugged in. 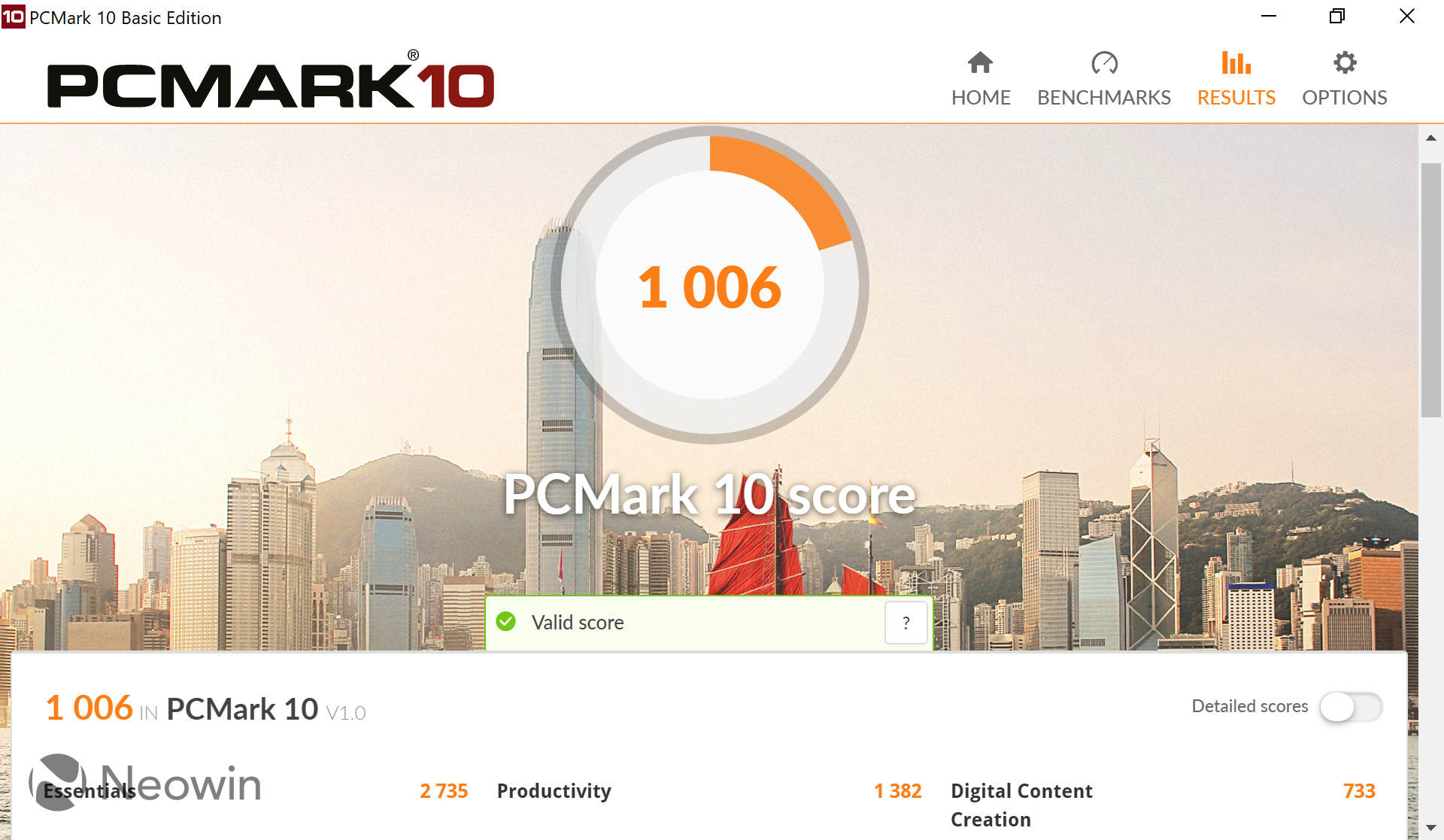 Those looking to do a bit more like gaming and video editing, you'll probably want to steer clear. For one, you are limited when it comes to power and the second is that you are limited when it comes to storage space. Just for a bit of a laugh, I was able to clear out enough storage space to load up Titanfall 2 and sadly it didn't even support the resolution of the display.

If you really want to play games, you'll be able to load up some older titles or make adjustments to the graphics settings in order to get it to work. To give you an example, after making some adjustments, LEGO Batman played at around 40 frames per second which isn't all that bad. But if you are thinking about playing games while on the go, you'll most likely want to plug in a full-size keyboard or have a gaming pad with you, as the keyboard on the unit makes it difficult to play games properly. 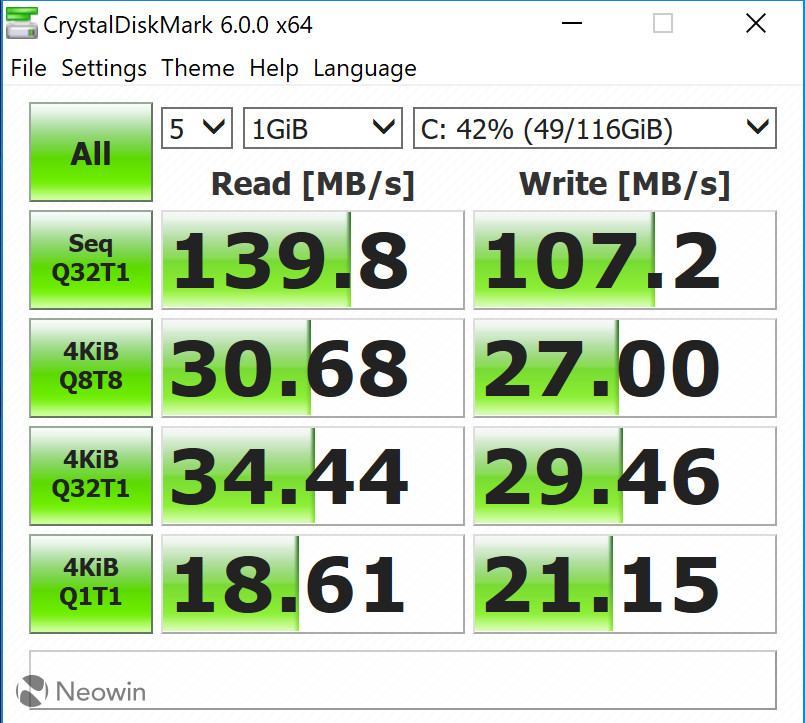 The eMMC storage that is used inside of this unit is not all that fast. CrystalDiskMark reported a read speed of 139.8MB per second and a write speed of 107.2MB per second. This is on par with what you might see from a traditional platter-based disk drive. The results for PC Mark and 3D Mark have been thrown in to show off the numbers, but 3DMark resulted in multiple failures, most likely due to the weak graphics capability of the machine. 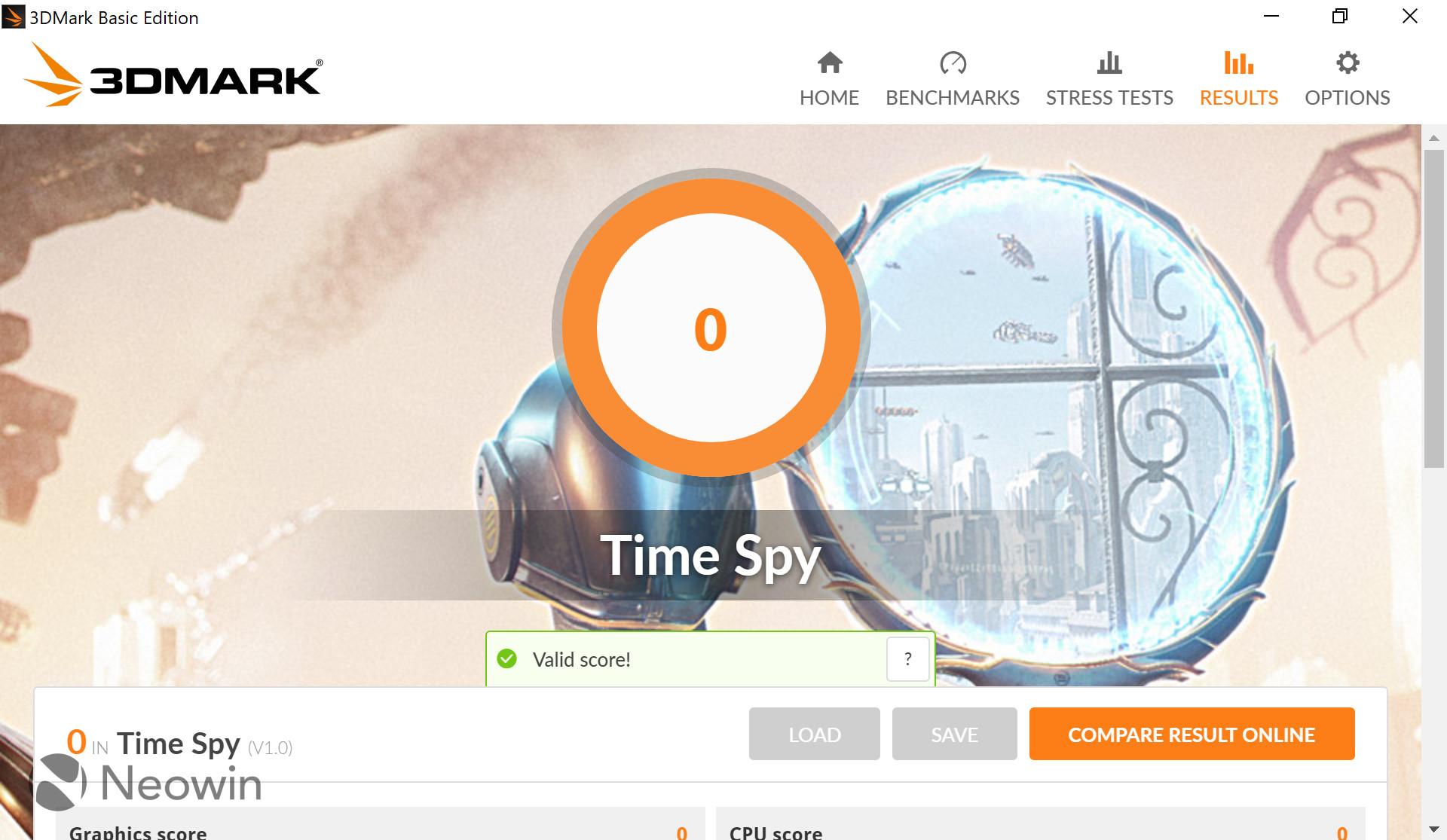 The 7,000mAh battery is rated for 12 hours of use, but in testing, the most I was able to squeeze out was around seven hours with normal use. This was with the display at half brightness and the power settings notched towards 'better performance'. I could see this unit getting more battery life with the brightness set to its lowest and the power mode set to 'best battery life'.

With general use like browsing the internet, you can expect to get around six to seven hours consistently. If you are undertaking more intense activities like gaming, you'll probably be able to drain the battery in less than four hours. The included charging brick, which charges at 5V-3A, 9V-2.67A, and 12V-2A, is able to fully charge the device in three hours, while a typical 2A phone charger will do it in about six hours. 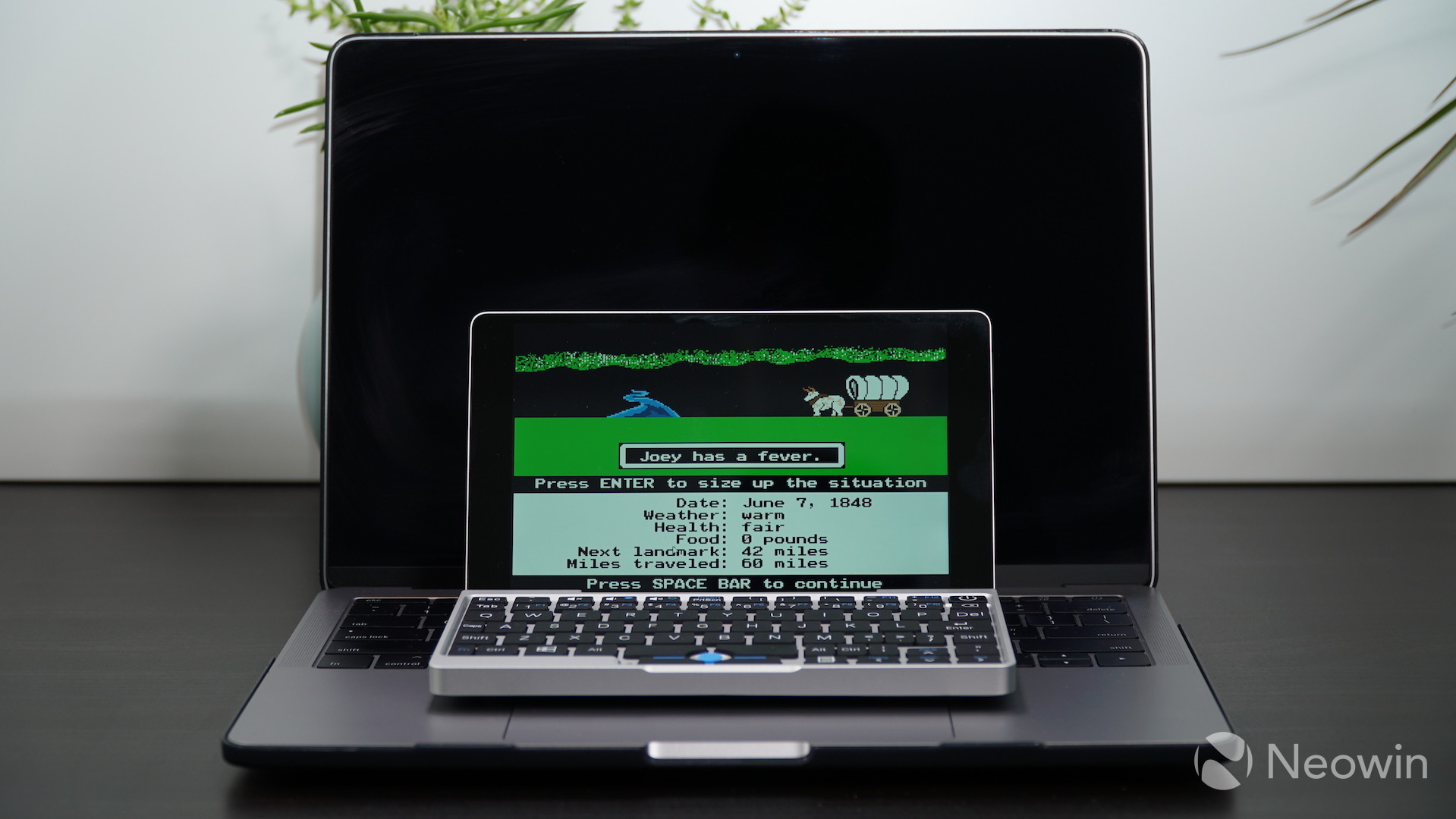 In an age where smartphones have become quite capable and tablets are a nice extension of that experience, a tiny portable laptop just isn't that attractive of an option anymore. Sure, there are plenty of things that can be done on a full-fledged operating system that you can't normally do on a mobile OS, but when you have such little power provided by the CPU and GPU, it really doesn't matter. For the most part, the best experience occurs when you are using the Pocket for light tasks and some entertainment. 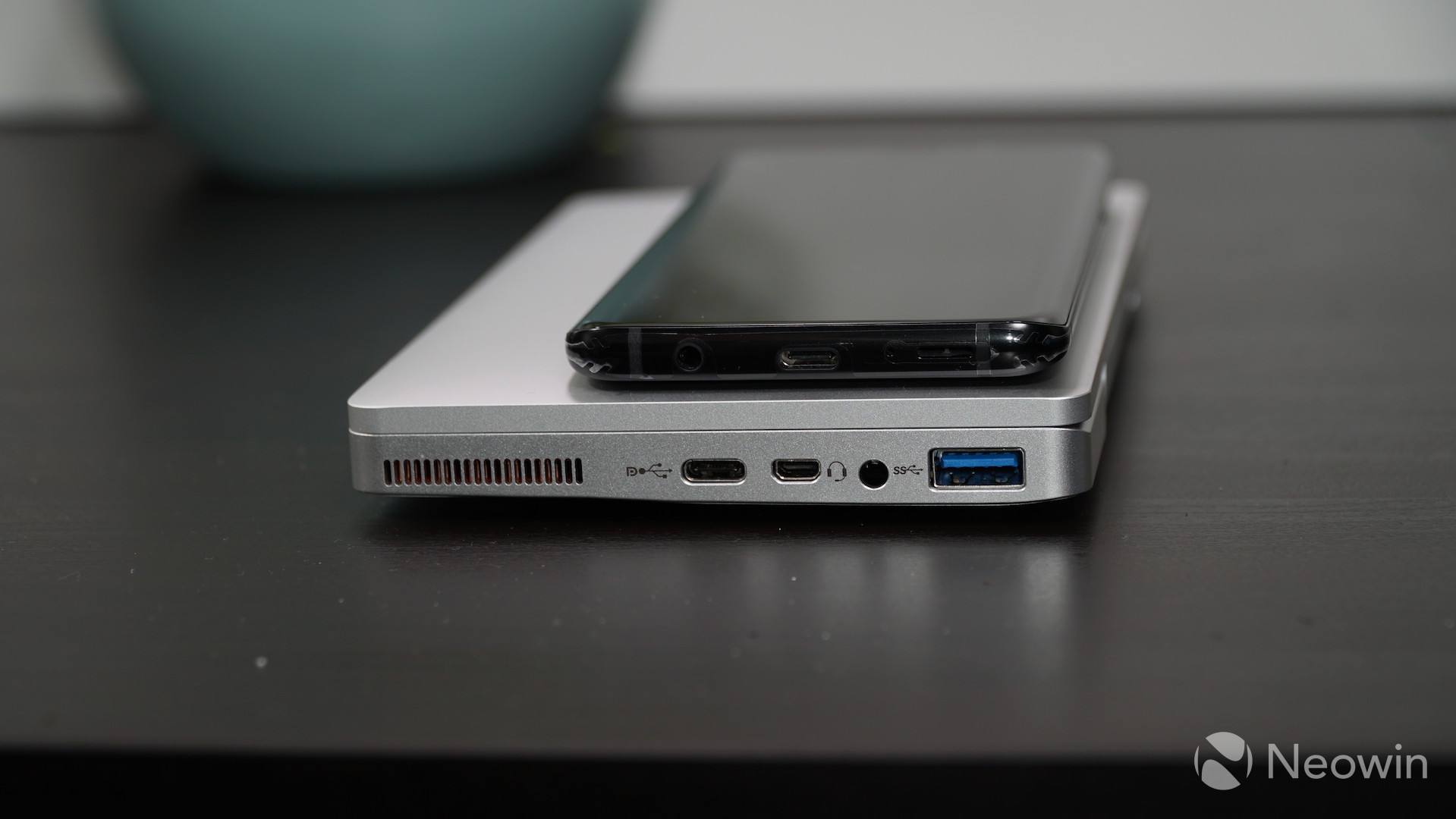 It is very clear that we are in a different age, consumers most likely won't have a need for a device like this, especially when there are so many compromises involved and more useful and portable options available. It isn't that the Pocket is a bad device, it is just one that can easily be overshadowed when it comes to power, price, and functionality. However, something like the Pocket could be useful for someone that is in the commercial field, where a mobile OS simply won't do.

It was fun to mess around with the GPD Pocket but it easily made me realize that this thing is better as an idea or a want, rather than actually owning it. If you still want to try it out for yourself, you can purchase it from GearBest for around $509 USD, which is currently having a fourth-anniversary sale.