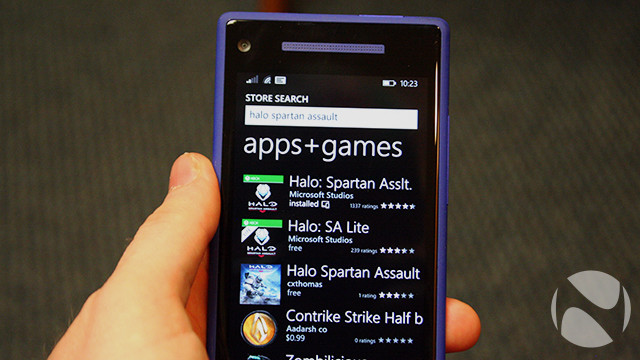 Microsoft just began accepting universal applications for its combine Windows and Windows Phone Store, and now a notable game can be purchased once to be used on either platform: "Halo: Spartan Assault."

A new disclaimer on the Windows Phone Store notes the universal nature of the app, stating the game was created "for Windows Phones and Windows PCs." Similarly, an icon in the store's listing denotes the game's dual-platform status.

Nothing has changed in the game itself, however, since its most recent update. It remains to be seen if Microsoft will extend its universal app store to the Xbox One or Xbox 360, where "Spartan Assault" is also available. At its Build 2014 conference earlier this month, Microsoft talked to developers about potentially bringing universal apps to Xbox One.