Today, Samsung Portugal inaugurated the first Samsung Experience Store in the country, which is opening in the Colombo shopping center in Lisbon tomorrow. This marks the second store of its kind to be opened in all of Europe, which Samsung says shows the company's commitment to investing in Portugal. Samsung also plans to expand the concept to all of its stores in Portugal.

But the most interesting part of the inauguration was the announcement that the Galaxy Fold, Samsung's first foldable smartphone, is coming to Portugal next month. That means we finally got to go hands-on with the device. Our time with the Galaxy Fold was relatively short and the experience was limited, but we finally got to take a look at Samsung's idea of a foldable phone.

One of the first things you notice is that the phone is both heavy and thick when it's folded, which shouldn't come as a surprise given the form factor. Another thing that hits you right away is how small the front screen is. Not only is it just 4.6 inches diagonally - leaving huge bezels on top and bottom - the aspect ratio is very tall at 21:9. This makes navigation feel somewhat awkward in today's world of huge screens with small bezels, but that's something I could see myself getting used to.

However, the virtual keyboard on this screen is so tiny that you'll probably want to just open the phone and type there. This is a problem I was worried about before and still am now. Having access to a big screen is good, but with such a small screen on the outside, it seems like you'll be forced to open the phone more often than you'd like. In that regard, I'm still more partial to Huawei's approach to foldable phones.

Once you open up the Galaxy Fold to reveal the inner screen, though, you'll be looking at a beautiful 7.3-inch AMOLED panel. As usual from Samsung, colors look really good on this, and despite being made of plastic - something I usually hate - it felt just fine to use. The crease in the middle of the screen is definitely visible if you have more than a little light around you, and you can also feel it when you move your finger around, but it could be worse.

And of course, the big screen comes with a few advantages. In addition to being great for media consumption, it also allows for "true" multitasking, since you can have up to three apps on the screen. The large screen also makes it much easier to type, and Samsung's built-in keyboard automatically splits along the middle so all the keys are easy to reach from the sides. Another feature of the Galaxy Fold is app continuity, which means you can open an app on the small screen and then open the phone to get the same information on the big screen. This can also work in reverse, but you need to enable that manually. By default, closing the phone will lock it.

One thing that I expected to be more annoying was the big notch in the top right corner. In the short time I had with the phone, I barely even knew it was there, and I didn't feel it was intrusive for regular usage, though that might change if you try to watch full-screen video. That notch has two front-facing cameras, one that's 10MP and a secondary 8MP for additional depth sensing. The three cameras on the back are similar to those on the Galaxy S10, and the one above the cover display is also 10MP.

In terms of build quality, the Galaxy Fold felt very solid, with a nice finish all around, and the heft also made it feel sturdy. Despite reports that the hinge lets some dust in, it looked fairly well designed and sealed to me, and while it might require you to be a little careful, it doesn't seem like it would break that easily. You'll just want to keep it away from fine grains of sand.

We'll be trying to get a review unit for the Galaxy Fold, but initial impressions are good. My biggest concern has to do with the small cover screen and how likely I will be to use it for typing.

For those of you in Portugal, the phone will be going up for pre-order on December 6, with an official launch date of December 23, just in time for Christmas. Of course, you'll have to be willing to spend €2049 for it, which is its launch price in the country. The retail package includes the Galaxy Buds, though, as well as a Kevlar case for each half of the Fold for protection. Samsung also offers a free replacement of the inner screen if it breaks during the first year, in an attempt to ease any concerns you may have about its durability. 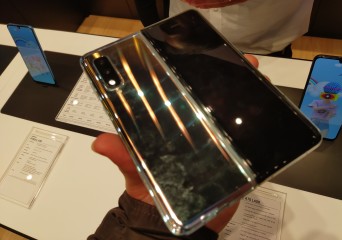 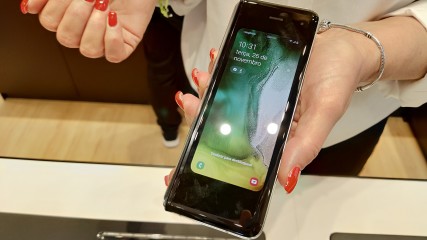 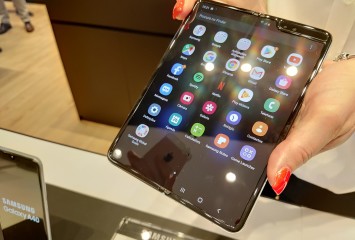 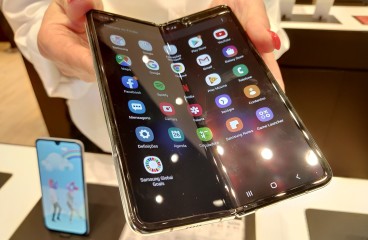 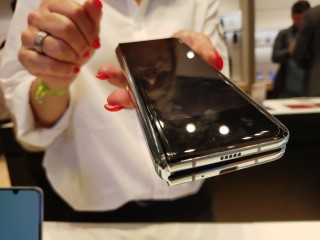 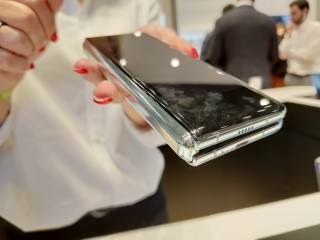 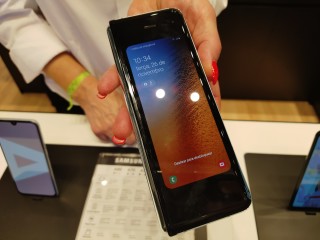 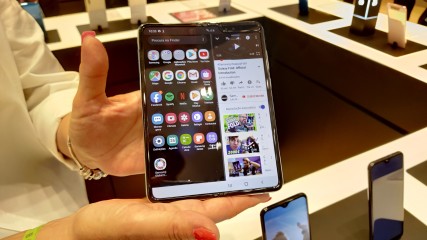 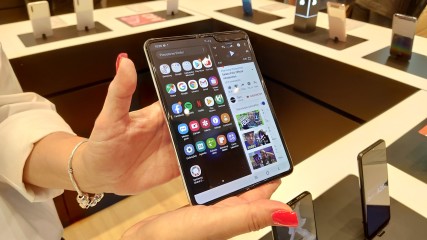 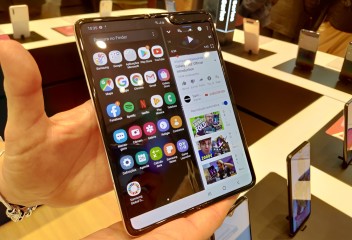 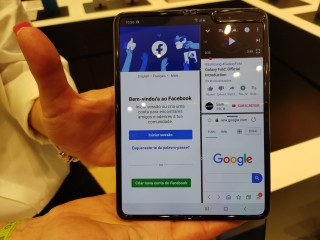 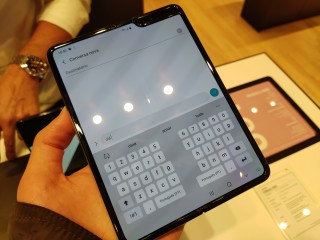 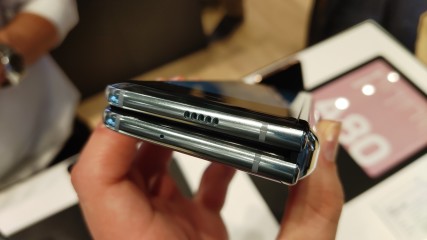 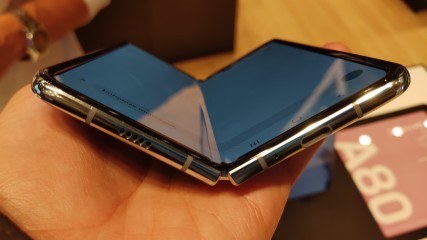