Today is the day. Windows Mixed Reality headsets are available to buy, the Windows 10 Fall Creators Update is available to install, and Microsoft announced the Surface Book 2. I got to spend a bit of time with the new Surface Book 2, and I have to say, it's almost exactly what I'd want from such a device, more so than its predecessor.

As Panos Panay said when he announced the Surface Pro 4, Microsoft brought the thunder on this.

This is probably the thing that I'm most excited about. The Surface Book 2 is available in both 13- and 15-inch variants. That extra screen real estate is going to be clutch when multitasking, photo and video editing, or playing games.

And yes, you can totally play games on these things. The 13-inch model has an optional Nvidia GTX 1050, and the 15-inch comes with a GTX 1060. Naturally, the GPU is in the base, and the quad-core CPU is in the tablet.

Interestingly, the 15-inch tablet is still really comfortable to hold. I honestly expected to pick it up and think, "Wow. I'd never want to use this thing as a tablet." That's certainly not the case though.

The 13-inch model is fanless, whereas the 15-inch variant is not, because it has to dissipate 20W of power instead of 15W. It was probably too loud for me to really test this properly, but it seemed like the fan doesn't get very loud to cool of the eighth-generation Core i7 processor.

It has USB Type-C

At Ignite 2017, Microsoft told me that it's ready to embrace USB Type-C. I didn't realize how quick the turnaround was going to be on those plans. So for those complaining about the lack of USB-C on Surface devices, it's finally here.

The good news is that you have something new to complain about, which is that it's not Thunderbolt 3; instead, it's USB 3.1 Gen 1, so it supports transfer speeds of 5Gbps instead of 40Gbps. This is a real bummer, since Thunderbolt 3 can support up to two 4K monitors or one 5K monitor.

Luckily, you can use it for charging, which means that it's just a different shape of the Surface Connect port. Personally, I'm just happy that Microsoft is doing this so I'll finally be able to use the same charger for all of my laptops.

The Surface Pen is fast

I was told that the Surface Pen has 19ms latency with the Surface Book 2. When Panay originally announced the Pen alongside the Surface Pro, he said that with 21ms latency, it was the "fastest digital pen on the planet." By the time it shipped though, Apple announced the new iPad Pro, with a 20ms Pencil.

But hey, what's a millisecond between friends? I don't know if that 19ms number is accurate, but it really doesn't matter. The pen is fast, really fast. We're getting to a point where these latency numbers really don't matter.

The Surface Precision Mouse highlights a problem with Windows 10 S

As usual for a hardware announcement, there's a new accessory as well: the Surface Precision Mouse. It has three customizable buttons on the side that you can program to do a bunch of different tasks, like opening a program or executing a macro, and you can pair it with up to three PCs. When it's paired with multiple devices, it should move between them seamlessly.

Except when you use it with a Windows 10 S machine, like a Surface Laptop, it's pretty much just a regular mouse. This highlights one of the glaring problems with Windows 10 S, which is that when you plug in a new device, the driver usually works, but any third-party software that might have come with that driver to provide additional functionality does not.

You'll want a Core i7

I've heard some speculate that a Core i7 isn't worth the increase in price from a Core i5. While that may or may not be the case on any other device, it certainly isn't the case here. You're going to want the Core i7 model.

That's because Microsoft decided to stick with seventh-generation dual-core Core i5 chips, while only the Core i7 models are eighth-generation quad-core, so you get a significant upgrade in performance. Of course, only the 13-inch model comes with an i5 at all.

There's not much else to say

Externally, not much has changed on the Surface Book 2. There's a USB Type-C port that sits next to the Surface Connect port, and there's a larger model, but everything else seems the same. The display still looks awesome, and there's still a gap in the hinge.

This iteration is really more about beefier internals. Dual-core processors have been swapped out for a quad-core processor (as long as you get the Core i7), and the GPU has been jacked up to a GTX 1050 or 1060, depending on if you get a 13- or 15-inch model, respectively. I can't really test these things out without running benchmarks or using it in day-to-day use, something that I can't do in a demo showroom.

They did have some games there to play though, and Microsoft says that those games can run at a full 1080p 60fps. I have to say, they looked pretty sweet.

I also have to say that this is the first Surface device that I've seen since the Pro 3 that I'm actually really excited about. It has the exact hardware that I'd want in a machine like this, and the form factor feels great. 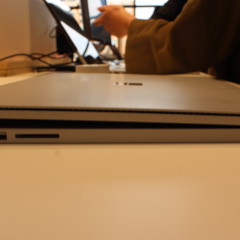 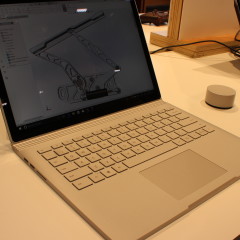 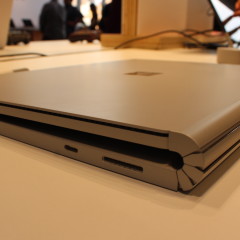 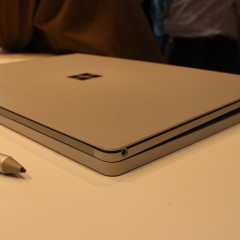 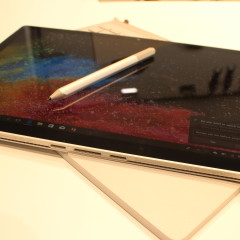 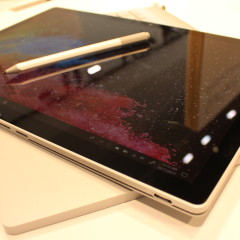 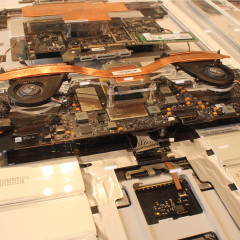 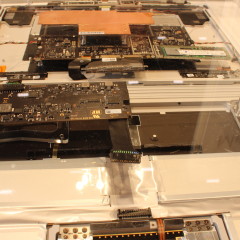 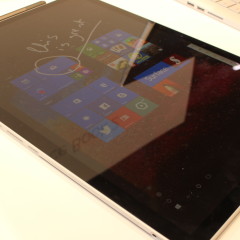 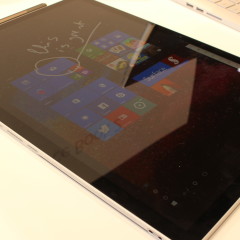 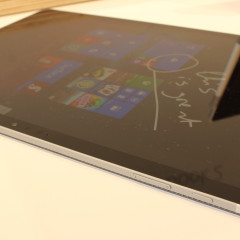 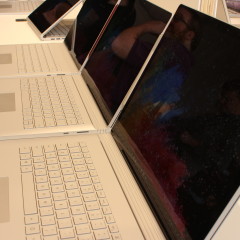 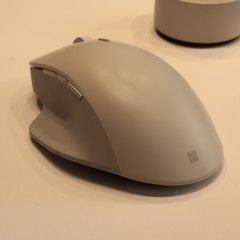 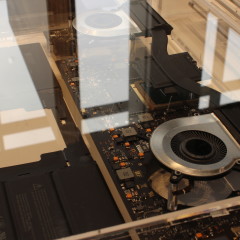 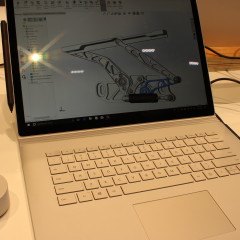 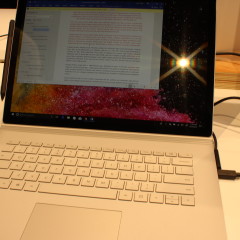 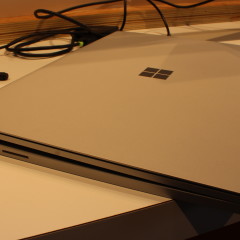 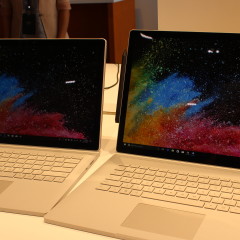 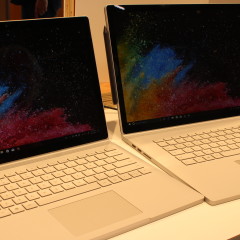 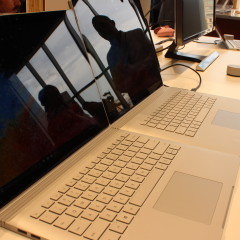 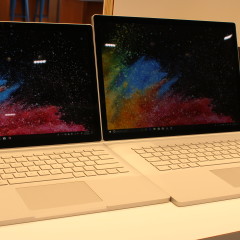 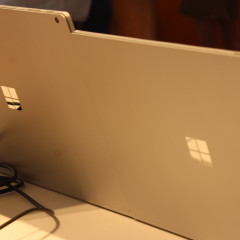