In July, Lawbreakers launched to what can arguably be called a 'muted response' from players on PlayStation 4 and PC, skipping the Xbox One entirely. The game has since then fizzled out even further, with it reaching a mere 10 concurrent players - it has since then recovered slightly - on Steam after it failed to reach the same levels achieved by Battleborn; another title that failed in the marketplace. 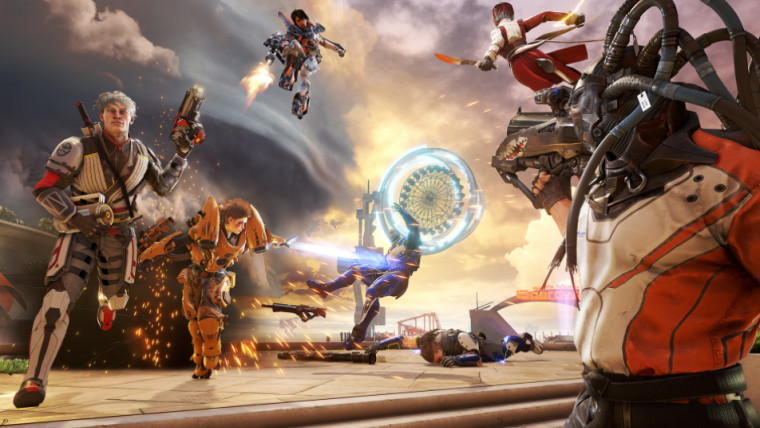 Cliff Bleszinski, the lead developer on the title, blamed his own 'polarizing' personality for Lawbreakers' apparent failure to find a niche at the time, especially with more popular games grabbing all of the headlines. In a recent interview with GameSpot, the developer, who is famous for his work on the Gears of War franchise, defended his studio's decision to exclude the Xbox One in its initial launch plans. He did note, however, that them revisiting the console from Microsoft is not out of the question:

And in regards to considering doing an Xbox version. I'd love to, but there [are] still other discussions that need to be had. And I think, you look at Xbox ... from my prior work, and I think they felt miffed and kind of rejected, that we chose PlayStation, but for us, it was just a matter of install [base] for PlayStation at the time, and then considering [...] Xbox down the line.

Even though the game has lost much of its luster with gamers since its launch, Bleszinsky recently explained that he would rather have a title that grew slowly to become a phenomenon, likening it to a 'marathon, not a sprint'. As for Lawbreakers appearing on the Nintendo Switch anytime soon, Bleszinski did not rule out the hybrid console - contrasting the studio's previous statement saying that the console 'did not have enough buttons' - noting that they would consider it after launching on the Xbox One:

We would probably consider the Xbox first, and then we're very much in wait and see mode right now. It is a fine console, the Switch.

Lawbreakers is currently available on PlayStation 4, and PC for $29.99. The game has a similar gameplay style to that of Overwatch, focusing on a fast-paced multiplayer experience. Bleszinski commented on this comparison previously, noting that in his opinion, the game was not like anything gamers played before.