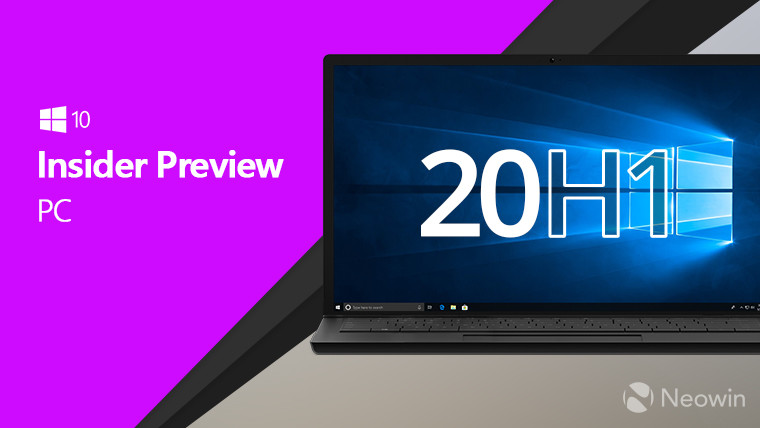 It's been some time since Microsoft released a new build of Windows 10 for Insiders in the Fast Ring, with the most recent one being build 18875 from two weeks ago. That changed today, though, as build 18885 is now available in the Fast ring (which is now merged with Skip Ahead). The build introduced some previously-announced improvements to Your Phone and support for dictation in more languages, but it also comes with an array of fixes and known issues.

For the squashed bugs, Microsoft notes that the issue with USB drives and SD cards being assigned to different drive letters after an upgrade - a problem which has stalled users from upgrading to the May 2019 Update in certain versions of Windows 10 - has been fixed. Here's the full list of improvements:

Of course, no Insider build would be complete without its fair share of known issues, and Microsoft lists a few of them in today's release. These include the same problems we've been hearing about for some time now, such as issues with anti-cheat software in some games. This is because the fix for the problem is up to individual developers. Here's the full list of known issues:

As usual, developers also have to be aware that downgrading from the Fast ring to the Slow ring after installing a build might result in developer features not working, as they're designed to target specific builds in specific rings.

Build 18885 is part of the 20H1 development cycle, which is leading up to next year's first big update to Windows 10. Because of the long development time, we're likely to not see a ton of major additions for some time.