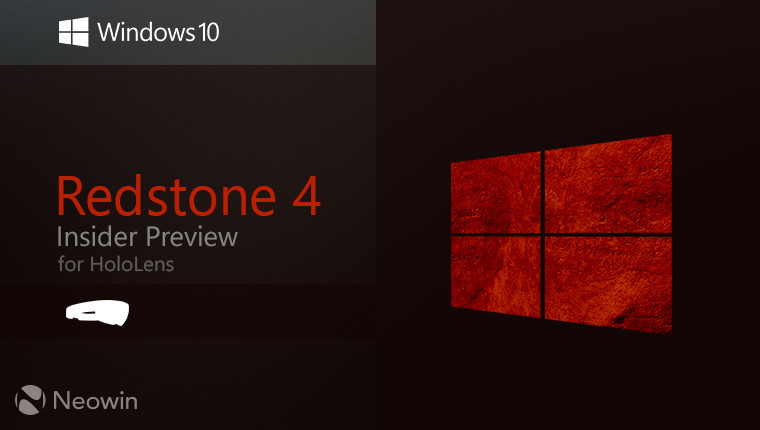 Windows 10 build 17133 was first released for HoloLens Insiders over two weeks ago as the original release candidate for the spring feature update. Unfortunately, there was an issue with the build, so build 17134 is being pushed out to Insiders on all Windows 10 platforms. It showed up for PC users on the Fast ring earlier this week, and for Xbox Insiders on the Alpha ring as well.

Now, build 17134.1000 is rolling out for HoloLens users that opted into Redstone 4 previews, as spotted by Windows Central. It includes the following fixes and improvements:

There aren't any known issues in this build, which isn't a surprise given that it's the latest release candidate. It's possible that it could be services with a cumulative update before it rolls out to the general public as well, as it was with build 17133.

Microsoft's HoloLens headset hasn't received a feature update since the Windows 10 Anniversary Update in mid-2016. In order to start getting Redstone 4 previews, you'll need to opt-in and then use the Windows Device Recovery Tool to flash the update, although if you've already done that, this build should arrive via Windows Update.