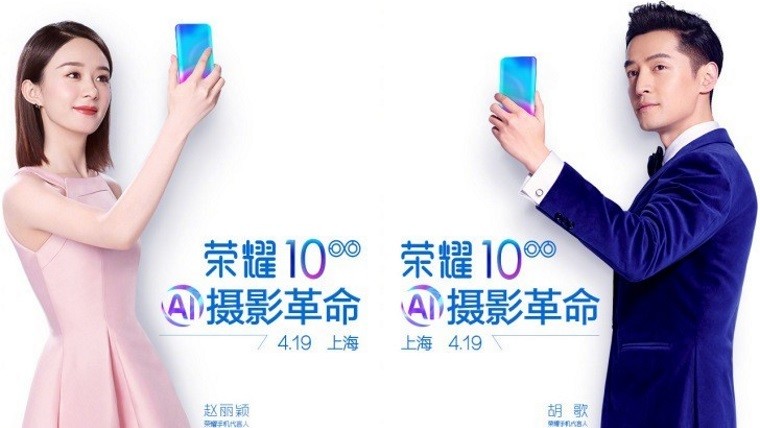 It was only a few hours ago that we learned the new Honor 10 will be revealed on April 19, and so far a few details on its specifications have already leaked ahead of the official unveiling, and now a new leak has shown off yet more details about what to expect.

An image posted to Weibo purportedly shows the back of the phone sporting a dual-camera setup with a f/1.6 aperture lens, quad-LED flash, and signature color. What is also apparent, is that there is no fingerprint sensor located on the back, which is rumored to be '3D glass', whatever the heck that may be.

According to the report by GSMArena, the color seen here on the right isn't part of the flashy rendering process, but instead indicates that it will supposedly change according to the surface temperature of the device: blue for cold and purple/red for warm, presumably where the phone is being held.

The claim of a changing hue with surface temperature also aligns with the promo teaser shots for the device (shown at the top of this article) where the teased device is blue at the top and is more purple/pink near to where it is shown being held.

As far as other rumored specs go, an earlier leak seemed to show off an iPhone X type 'notch' cut out at the top of the display, which seems to be all the rage these days. As for internal specifications, the Honor 10 could arrive with a Kirin 970 processor, up to 6GB of RAM, and with up to 128GB of internal storage. We're just over a week out, so we won't have to wait long to find out all of the details.