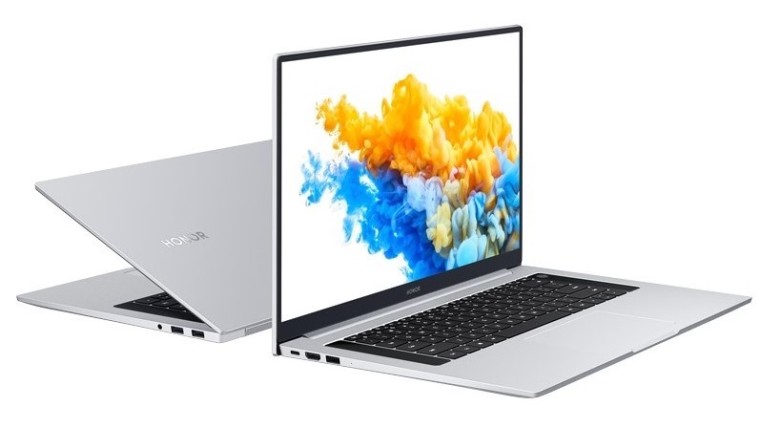 Honor has announced a couple of new devices ahead of this year's CES. First, there's a new version of the MagicBook Pro laptop, this time powered by an Intel Core i5-10210U, instead of the AMD Ryzen chipsets in the version we reviewed a few months ago. In fact, this seems to be the version of the laptop that launched in China in May of last year, which is why it's still using Intel's Comet Lake processors.

In addition to the Intel processor, there's also an Nvidia GeForce MX350 GPU, which should provide decent graphics performance for a notebook. The AMD variant used the integrated Radeon graphics in its processor. It also has 16GB of RAM and a 512GB SSD, as well as a 56Wh battery that promises up to 11.5 hours of battery life.

The display is pretty much the same as before, a 16.1-inch Full HD panel with a 16:9 aspect ratio. It covers 100% of the sRGB color gamut and has TÜV Rheinland Flicker Free Certification. Also, yes, just like before, it has the camera hidden in the keyboard, which will make video calls more awkward.

Honor also introduced the Honor Band 6, a new smart band with two-week battery life and 5ATM water resistance. It has a 1.46-inch AMOLED display coming in at a 194x364 resolution and 282 PPI. It has the usual health tracking features like an SpO2 monitor, sleep tracking, heart rate and stress monitoring, and female cycle tracking. It also has 10 workout modes, plus automatic workout detection for six types of workouts, and it can evaluate your swimming efficiency.

Both products will be available in markets around the world. The MagicBook Pro should cost around $1000, while the Honor Band 6 will be close to $35.