The popular email service Hotmail has been defaced in Israel by a Turkish hacker going by the name of TurkGuvenligi of Turksec.

It appears the site has been subject to a DNS hijack, the practice of redirecting the resolution of Domain Name System (DNS) names to rogue DNS servers. This is not the first time Microsoft has suffered defacements of its web properties. In 2004 microsoft.com was defaced and in late 2008 Microsoft's Irish website was also defaced by Turkish hackers.

An anti-semitic message has been left at the defaced site. Screencaps can be found here one / two ( warning: contains swearing).

At the time of posting the defacement still exists. Neowin has contacted Microsoft officials but at the time of writing has not received a response. 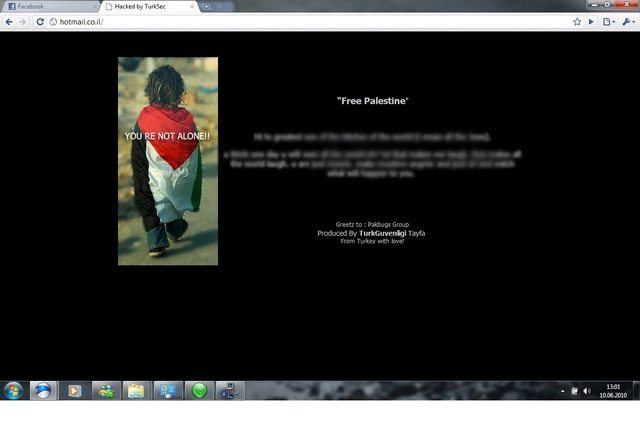 Thanks to x-tarek for the news tip