Earlier this year, HTC launched its 2015 Android flagship, the One M9 - a device that ticked many of the right boxes on paper, but fell short of perfection in practice. But a new addition will soon join the high-end HTC One range - although it looks like it won't be the replacement for the M9 that some users have been craving. 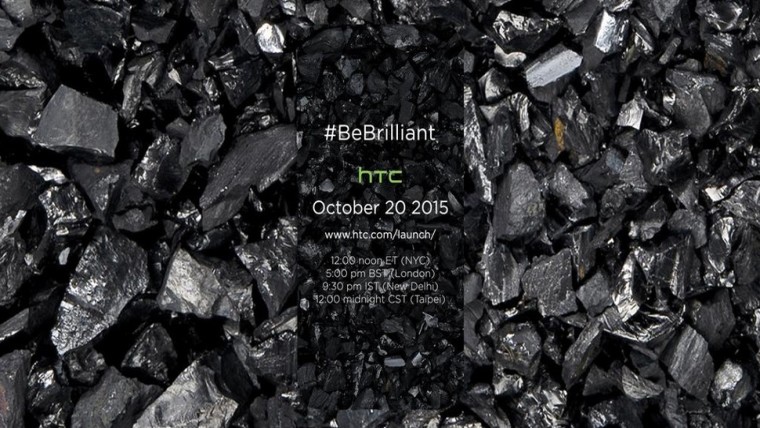 The company said today: "On Oct. 20, we will introduce our newest HTC One smartphone. This is not your traditional smartphone so we aren't hosting a traditional launch event." This is because the launch - which has the corresponding hashtag #BeBrilliant - will be streamed on HTC's website, with no physical event for the media to attend.

The invite also says that those who watch the launch will get to "meet the new Marshmallow", indicating that the device will ship with the newest Android 6.0 OS onboard.

Sadly, those eagerly anticipating a fierce new flagship are likely to be disappointed. While not confirmed, it appears almost certain that the device that will be unveiled on October 20 is the HTC One A9 - an upper-mid-range handset with metallic bodywork that appears to draw some inspiration from Apple's iPhones.

The A9 is rumored to feature a Snapdragon 617 processor, 2GB of RAM, 13MP camera, fingerprint sensor and a 5-inch Full HD AMOLED screen.