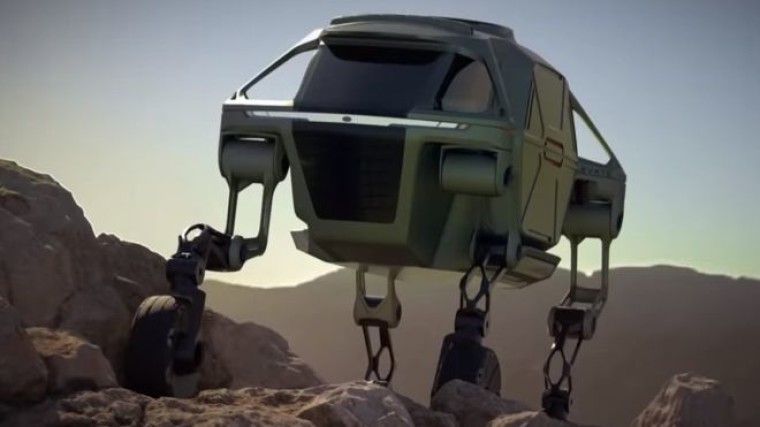 Hyundai has unveiled a walking car at CES called the Elevate. The Elevate will be able to walk at 5km/h (3mph) whilst also being able to climb 5ft (1.5m) and jump a 5ft gap. For reference, the average human walks at a speed of roughly 3.1 mph. The concept car has been in development for the last three years and was revealed at CES.

The Elevate is being touted as a car designed for rescue scenarios. In the event of an earthquake or tsunami, where a traditional car would only be able to safely drive to the edge of the debris, after which rescue workers would have to proceed on foot, the Elevate would be able to traverse any rocky and uneven terrain. Another usage scenario presented by Hyundai VP John Suh is the possibility of the car walking up to front doors of building with step-only access to pick up wheelchair users.

Whilst it is unlikely the everyday driver will be queuing up to buy the Elevate, it may gain traction in countries which face frequent natural disasters including Hyundai's home country of South Korea where flooding and typhoons are becoming more common. It will additionally be interesting to see whether the Elevate will actually be released given the plethora of concept cars which have never come to fruition. Embedded below is Hyundai's concept video.