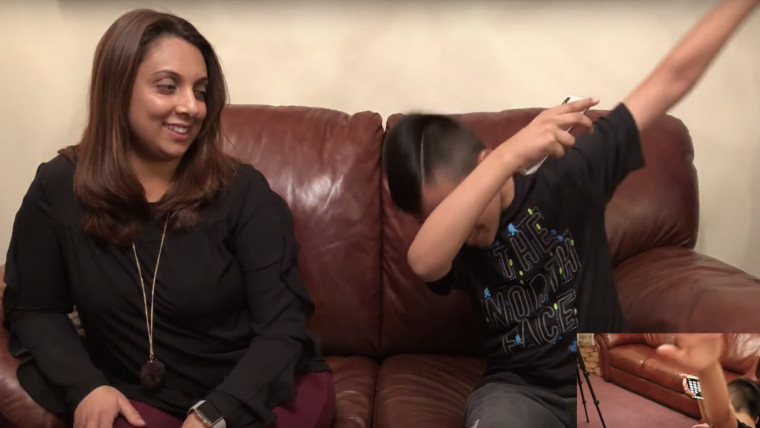 When Apple revealed the iPhone X back in September, it did away with its tried and true Touch ID fingerprint reader and instead replaced it with something completely new, Face ID. Sure, the firm worked hard to get things dialed in its labs, but this technology wasn't widely available and in that sense, it had never really been put to the test.

On its own website, Apple has an extended explanation of how Face ID works and touts that "the probability that a random person in the population could look at your iPhone X and unlock it using Face ID is approximately 1 in 1,000,000". This is much higher than the 1 in 50,000 number it offers up for Touch ID. Yes, we have seen over the past weeks that it isn't a perfect system, with it being fooled by twins and also an elaborate mask. But what about the Face ID system being fooled by a mother-son combo? Yes, it appears that it can also be tricked by a parent and child as well.

In a video posted to YouTube, mother and son pair, Sana Sherwani and Ammar Malik, show off just how easy it is to fool the new iPhone X. It isn't too hard to imagine what happened, but to put it simply, the son picked up the mother's phone and presto, it was unlocked. This was quite shocking to the family, but at the same time hilarious. While this is probably not all the common, it does show that Face ID can be beaten if you have a similar face to a family member. It even states this on Apple's website that the probability drops and is different for twins and siblings that look alike, and "with children under the age of 13, because their distinct facial features may not have fully developed".

If you are concerned, you'll need to just rely on a password or PIN for now. Maybe Apple will be able to make improvements in the future. After all, Jony Ive did state that the iPhone X will evolve to "do things that it can't now".