The online food delivery services Just Eat and Takeaway.com have announced the formation of a Combined Group officially called Just Eat Takeaway.com N.V. after reaching an agreement on the terms of their merger. In the announcement published today, the new firm says that it believes the merger will deliver “substantial benefits” for shareholders, consumers, employees, and other stakeholders.

By merging the two companies, the new entity will have access to many markets including those where Just Eat or Takeaway.com are market leaders including in the United Kingdom, Germany, the Netherlands, and Canada. In 2018, the firms had a total of 355 million orders worth €7.3 billion. 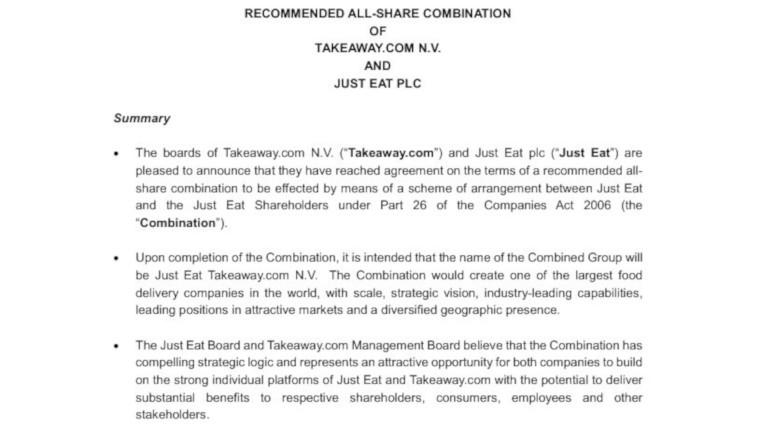 Once the new Combined Group’s merger is completed, it will operate with a two-tier board structure consisting of a Management Board and a Supervisory Board which will provide oversight. The two boards will consist of talent from both firms. The make-up of the boards are as follows: