Lenovo's Legion Y720 Tower doesn't quite have all of the bells and whistles that the higher end Y920 Tower has, but indeed, it's quite a capable machine. It includes a Core i7-7700 processor, Nvidia GeForce GTX 1070 GPU, and more.

Obviously, the Y720 is the mid-range to the Y920's flagship. To cut to the chase, here's what it's missing. The Y920 has an unlocked processor and a GTX 1080 GPU, along with a mouse and keyboard that are designed around gaming.

I reviewed the Y920 Tower a couple of weeks ago and loved it. In some ways, I like the Y720 better, and I certainly think that it's a better value for the money that you're going to shell out for it. One of the key features of the Y920, as I thought, was the set of peripherals that came with it. If you're on a budget though, you can always get a Y720 and upgrade your peripherals later.

When I mentioned that this machine is lacking the bells and whistles that its flagship counterpart has, part of that is in the design department. There's no transparent side panel with an LED lighting up the GPU, and you also can't customize the colors of the lights on the front of the PC.

Personally, I think this is fine and I don't see the appeal of these flashy features. If you're like me, then this thing is going to sit under your desk, out of sight most of the time. 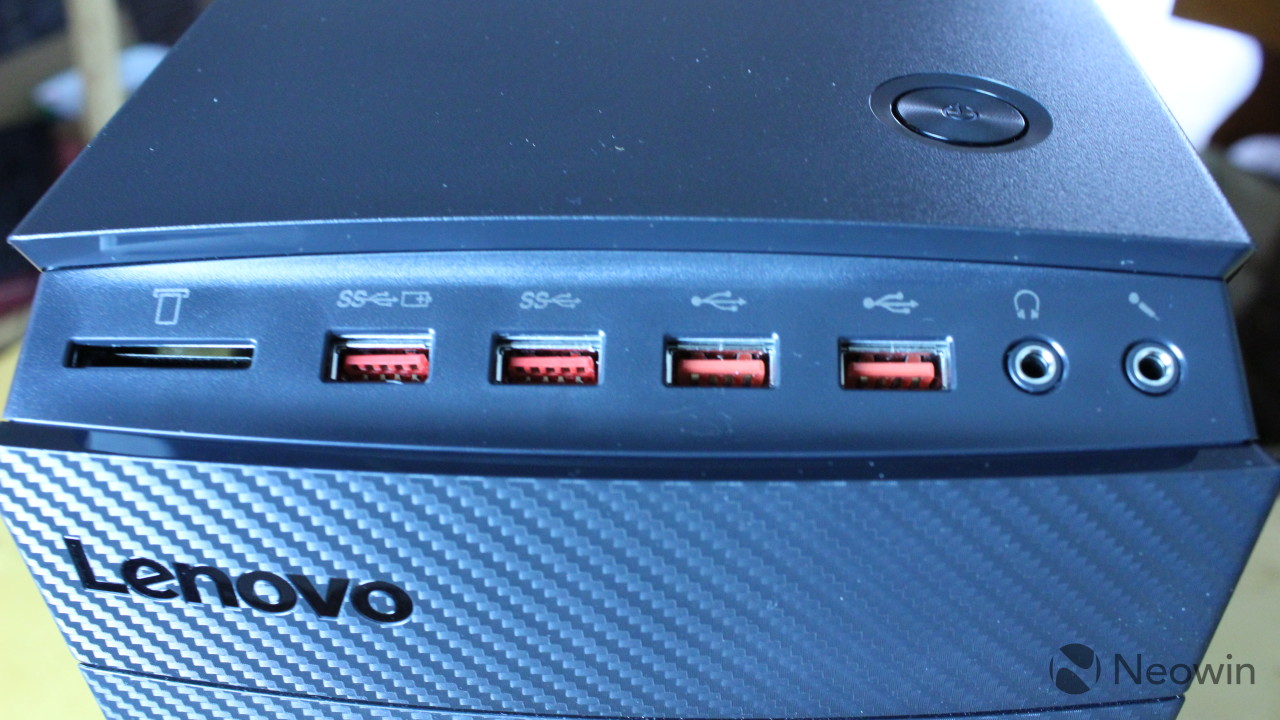 The front of the PC includes four USB Type-A ports, two of which are USB 3.0 and two of which are USB 2.0. One of the USB 3.0 ports supplies power all of the time, which I find to be truly useful, since it can charge devices while the machine is powered down. I do find it disappointing that two of them are USB 2.0 though. I really don't think that USB 2.0 ports have any place in 2018.

Those front ports are important for plugging in peripherals that aren't always connected to your PC, like a headset or a device. If you're plugging in something like an Elgato HD 60 capture card, you have to be consciously aware of which ports are 3.0.

Also on the front are two 3.5mm audio jacks, one for input and one for output. With this in mind, you'll need a headset with dual audio plugs, or USB. There's also an SD card reader, making transfer of photos from a digital camera easy. 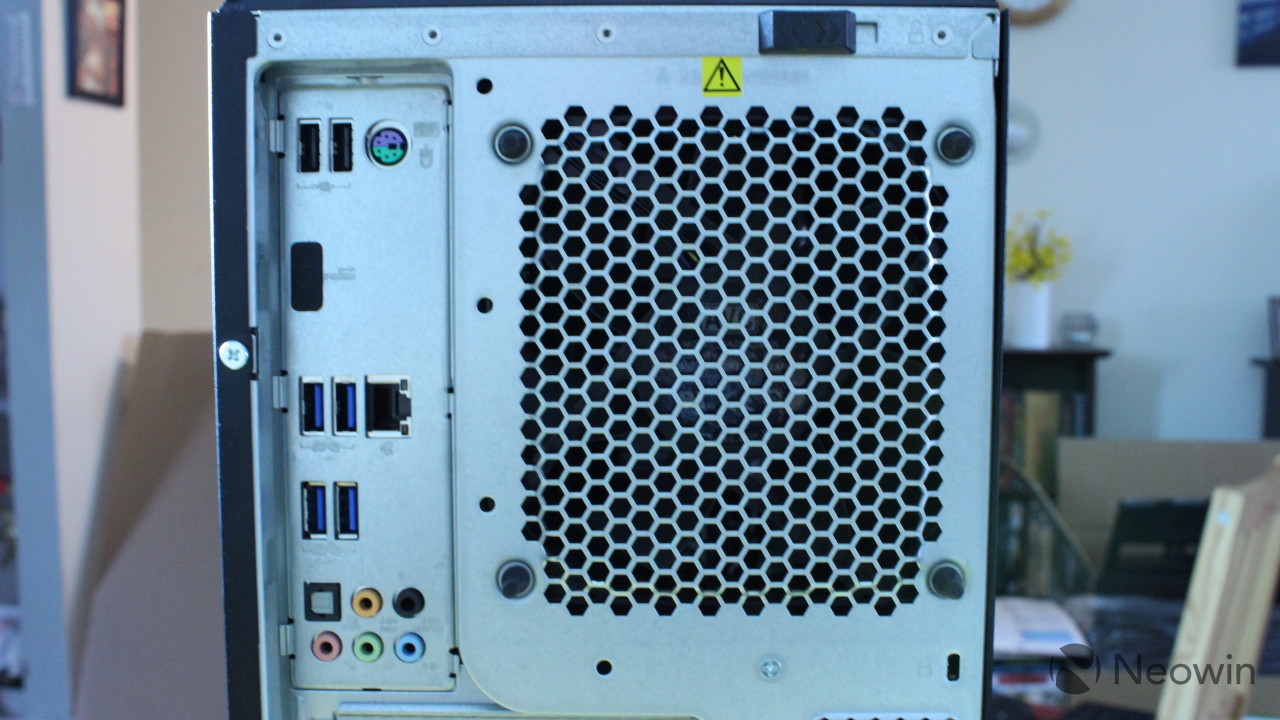 And then there are the rear ports, which I use for peripherals that are always plugged in, like my mouse, keyboard, webcam, and so on. On the back, there are four USB 3.0 Type-A ports, and two more USB 2.0 ports. You'll also find your usual range of 3.5mm audio jacks, and for some reason, a PS/2 port. But, if you've still got a mouse or keyboard that uses PS/2, more power to you. It's nice to have options. 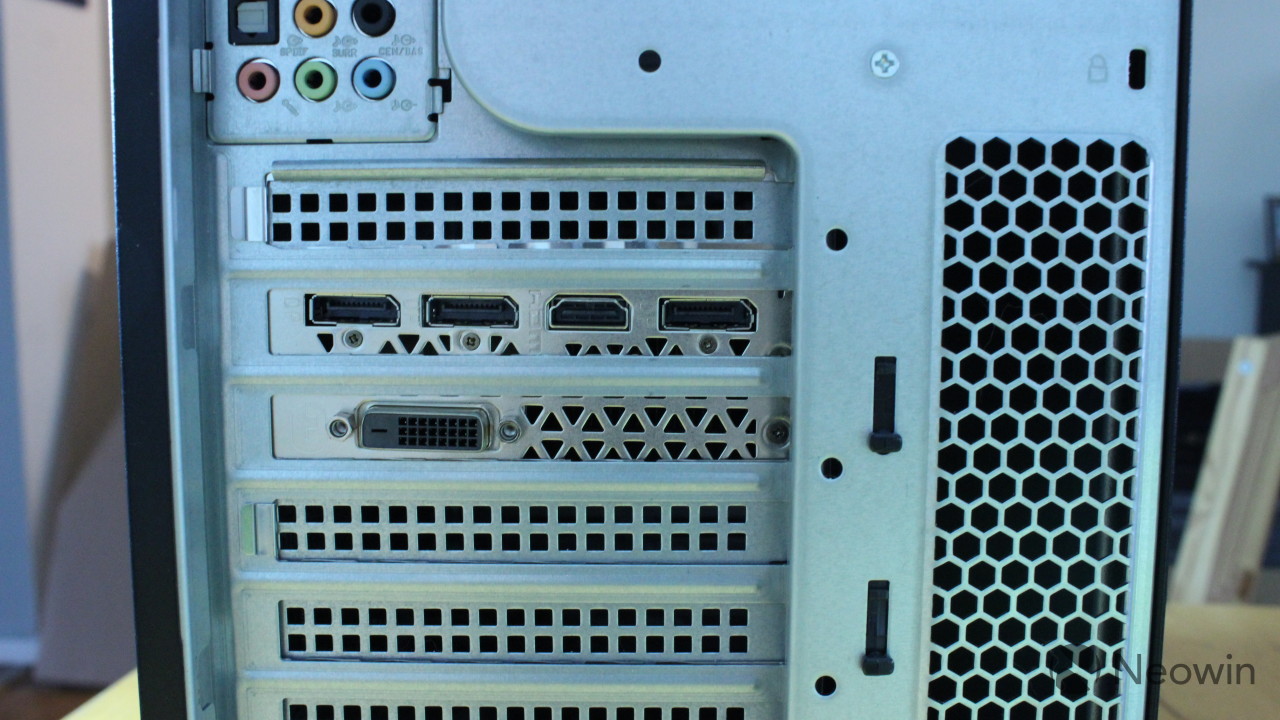 And of course, there are also the ports that come with the GTX 1070 graphics card, including three DisplayPorts and an HDMI port. On the bottom is where you'll find the power port. 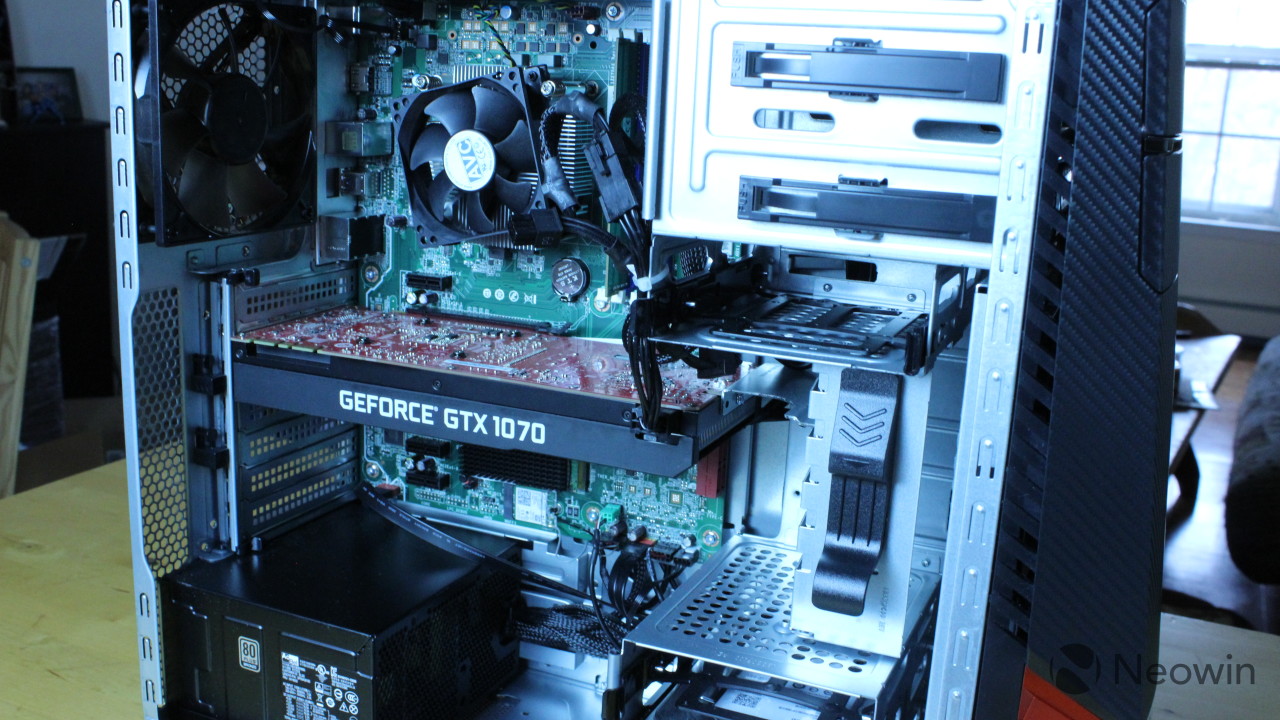 One thing that's cool about the Legion Y720 Tower is that it's easy to take apart. The side panel is easily removed by flipping a switch on the back to unlock it, and pressing the release button on the top of the machine. The front panel can also be removed easily, providing access to fans and the optical drive.

Other than that, the front of the machine looks just like the Legion Y920 Tower, with two LED 'eyes' and an LED Legion 'y' logo, all of which are red and can't be customized. There's a DVD-RW drive, which I'll never, ever use.

Obviously, performance is key when it comes to a gaming PC. I'm pleased to say that performance on the Legion Y720 Tower has been excellent, just as you'd expect from such a powerful CPU and GPU.

As far as gaming goes, I played a lot of Gears of War Ultimate Edition at 4K 120Hz, and didn't run into any issues. I also played some Star Trek Online, one of my favorite games to play, at the same resolution. At the same time, I also have a secondary 1080p monitor running. 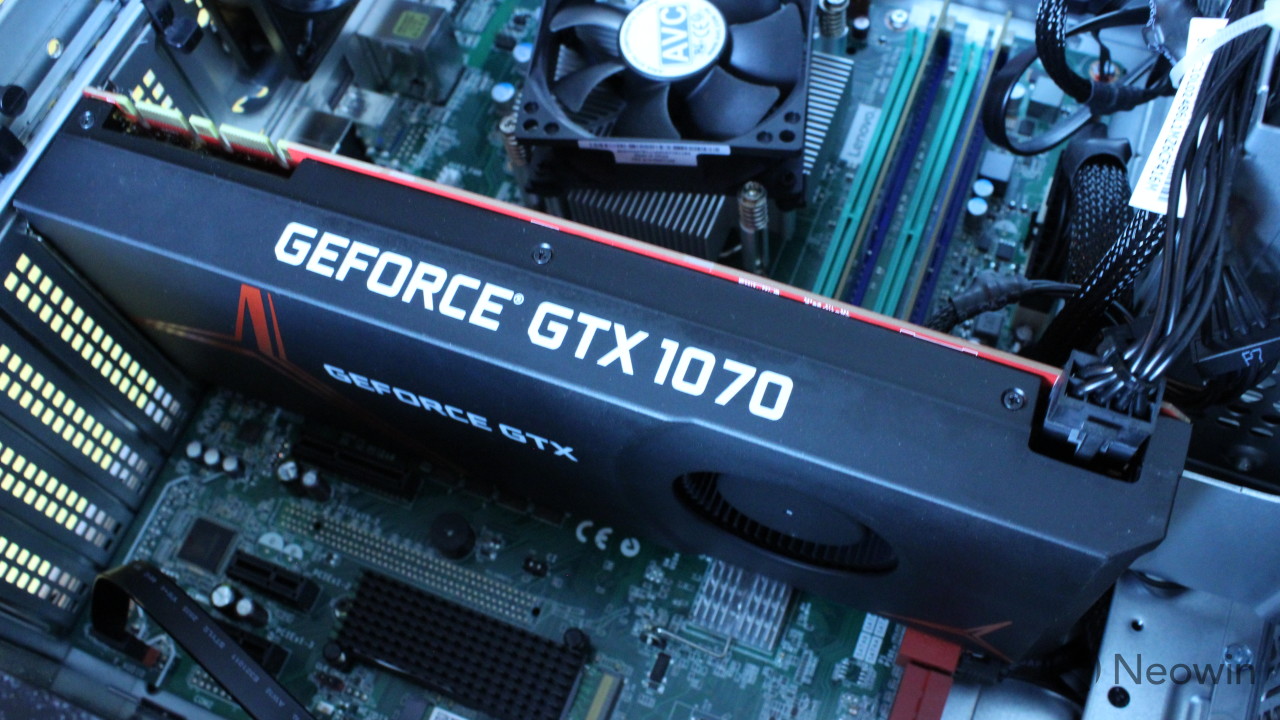 In terms of work, performance was smooth as well. My normal work flow consists of having a dozen or more tabs open in Chrome, along with Skype, OneNote, and Slack being open all of the time. On top of that, I use Photoshop occasionally, and Premiere Pro for video editing. Again, this machine performed like a dream throughout the entire time that I used it.

For benchmarks, I used PCMark 8, which offers three tests: Home, Creative, and Work. First up is Home, which checks normal usage like web browsing, video chat, casual gaming, and more.

As you can see, it did quite well, outperforming 84% of other PCs. Next up is Creative, and this is more important for a gaming PC since it checks a lot of GPU-intensive tasks, like video editing, competitive gaming, and more.

Once again, the Legion Y720 Tower performed quite well. The final test is Work, which checks things like writing, spreadsheets, and other productivity-related tasks. This is important as well, because if you spend money on such a powerful PC, you probably want to get your work done on it as well.

I'd say that the 80% mark is right about where you'd want this to be. Obviously, it handles GPU-intensive tasks better, but it's also not going to struggle when you need to get work done.

The main app that's used to customize the experience on the Legion Y720 Tower is Lenovo Nerve Center. Of course, this is more limited than on other models like the Y720 laptop or the Y920, as there simply aren't as many options.

You can't change the colors of the lighting. In fact, all you can do is customize the brightness of the red LEDs. The CPU isn't overclockable either, so that option isn't present.

Aside from the lighting adjustments, there are audio and networking options. Networking allows you to prioritize your network so that your games get the resources that they need, while audio launches Dolby Audio.

Unfortunately, the Y720 does come with McAfee installed, and as always, I recommend uninstalling it right away.

Like most gaming desktops, the Y720 Tower comes with a keyboard and a mouse, except as I mentioned earlier, it's not the same ones that come with the Y920. There really aren't any frills when it comes to these, which is exactly why I like them.

I've said it many times before and I'll say it again. For me, it's important for a PC to be good at work and play. I don't need or want an RGB mechanical keyboard, as they're a pain to type articles on. 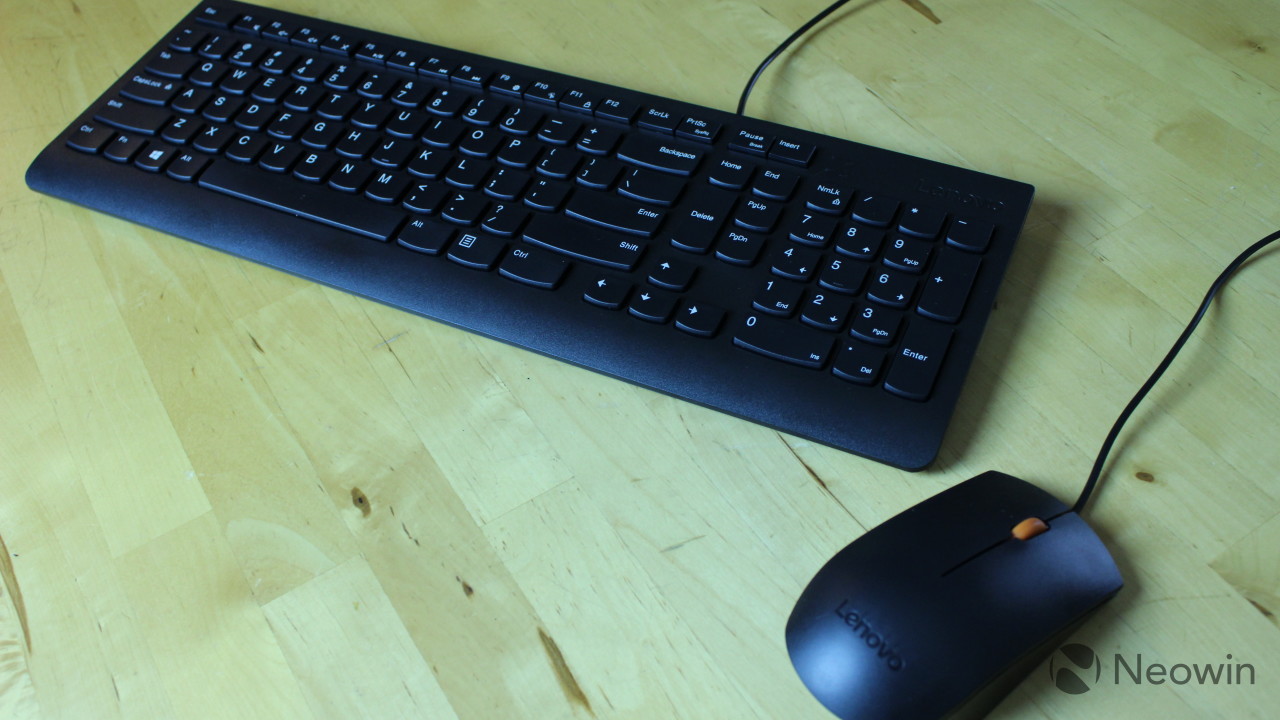 The keyboard that comes with the Y720 is very comfortable to type on, as Lenovo's keyboards tend to be. If you've used a Lenovo before, it will all be very familiar to you, with the curved shape of the keys and the soft feel. It would be nice if it was backlit, as it's not, but it's just a peripheral and we can't have everything.

The mouse is very basic, at least compared with the one that came with the Y920. The Y920 Tower came with Lenovo's Gaming Precision Mouse, which offered plenty of customizable buttons. This mouse just has your standard left and right buttons with a scroll wheel. You can't even customize those buttons.

I don't think it's a bad idea to sell a gaming PC with standard accessories like this. For one thing, I like these accessories, and for another thing, it knocks down the price of the PC, so if this is all that you can afford, you can always buy the premium peripherals later on.

When I reviewed the Legion Y920 Tower, my impression was that that PC was built for the serious gamer, the one that buys a premium rig for gaming and only gaming. The Legion Y720 Tower seems a bit more mainstream for me, and I feel like this PC is a bit more friendly to the general market.

I think that there are plenty of users out there that want to play games on their PC, but still have to work a day job. I know that I'm one of those people. I need to be able to write articles, edit photos, and edit videos, but I also want a powerful gaming experience that will shine on my 4K monitor.

The Legion Y720 Tower does the trick. It's a great PC for work and play, and that's all I can ask for. I'd say that if this is the market you're in, the Y720 is perfect for you.

The only cons that I can really think of are that there are too many USB 2.0 ports, no USB 3.1 ports, and no USB Type-C. These are all pretty minor, as there are few USB Type-C peripherals still, and the machine still has plenty of USB 3.0 ports that I didn't find myself lacking.

Also, $1,299 really isn't a lot of money for such a powerful gaming PC. I think that most consumers would be very happy with the Y720 Tower. 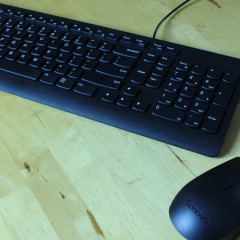 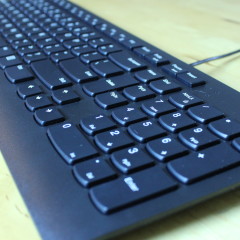 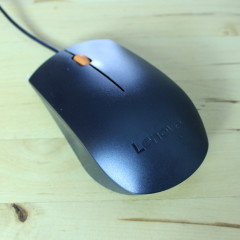 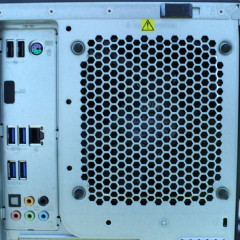 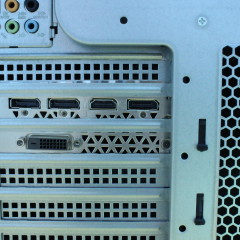 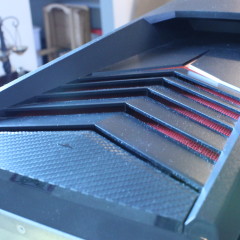 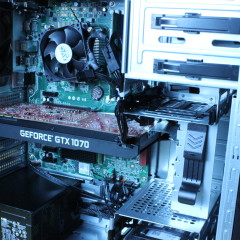 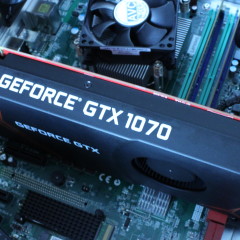 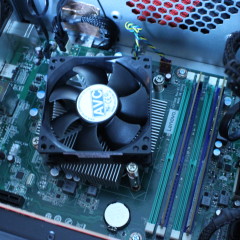 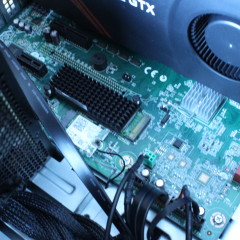 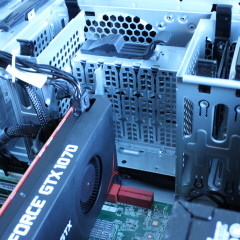 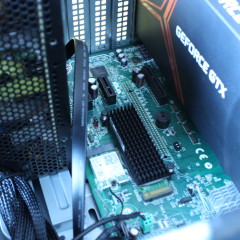 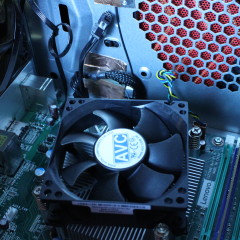 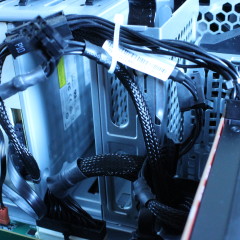 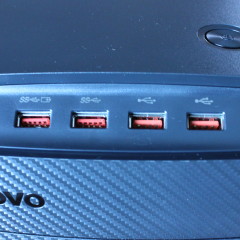 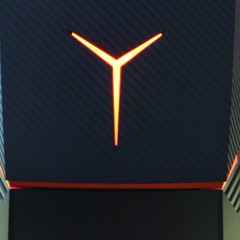