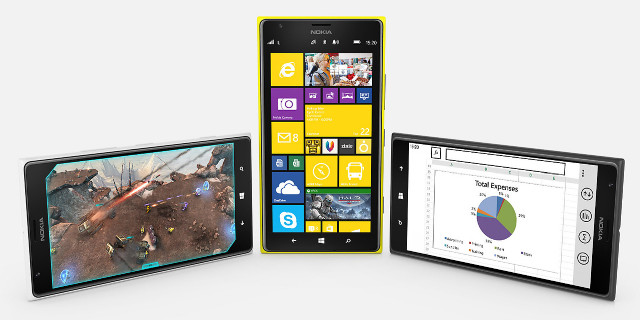 Microsoft is rumoured to launch the Windows Phone 8.1 powered Nokia Lumia 1525 (an upgraded Lumia 1520) in the United States, and a recent leak has revealed that the phablet will launch on AT&T, Verizon and T-Mobile.

According to a tweet from @evleaks, the Lumia 1525 will feature the Snapdragon 801 SoC, which is an upgrade from the Snapdragon 800 chip found on the 1520. Additionally, the device will run on Windows Phone 8.1 out-of-the box making it only the third device after Lumia 635 and 930 to have the latest version of Microsoft's operating system.

The 1520, which was launched few months back, features a massive 6-inch display with 1080p resolution, 2GB of RAM, 20 megapixel PureView camera and wide range of connectivity features. These features will probably remain the same for 1525 as well as the SoC being the only difference.

It was reported recently that Lumia 1525 would be a variant of the 1520, targeted specifically for T-Mobile. However, it has now been revealed that the device will launch on other US carriers such as AT&T and Verizon as well.